World famous footballer, Lionel Messi has talked about the clubs that will challenge his club in the Champions League. 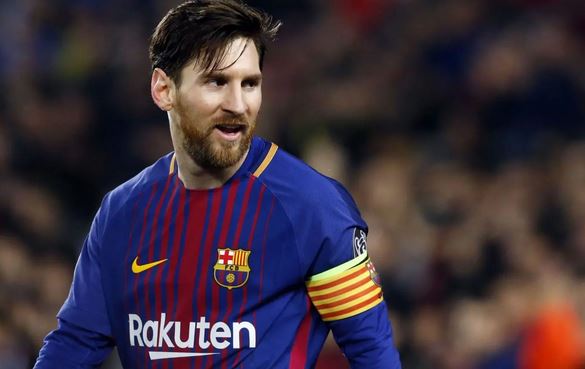 Barcelona captain, Lionel Messi, has named the four “strongest” clubs that will rival Barcelona in the Champions League.

The LaLiga champions play the first leg of their last-16 tie away at Napoli next week, as they look to win the competition for the first time since 2015.

Barca suffered dramatic defeats in the knockout stages in the past two seasons against Roma and Liverpool respectively.

Messi is desperate to add a fifth Champions League title to his collection, but accepts other clubs also stand a chance.

“All [the teams] are complicated and difficult.

“Paris went to play Dortmund and lost, Liverpool went to Atletico’s field and lost, but I think, like that and everything, Liverpool, Juventus, Paris and Madrid are the strongest today,” Messi told Mundo Deportivo.