Three people who dared to expose the true scale of coronavirus in China have been missing for two months now. 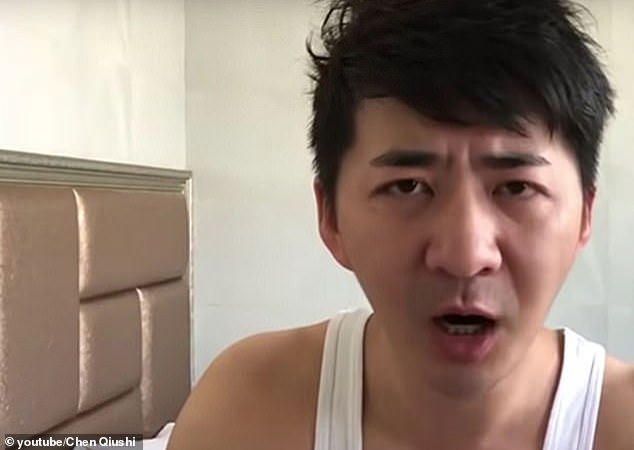 Chen has been missing since February
Three whistle-blowers who tried to inform the world about the true scale of the coronavirus outbreak in Wuhan are still missing two months after vanishing from the public sight, Dailymail has reported.
Chen Qiushi, Fang Bing and Li Zehua have been missing since February after making the revelation.
The three citizen journalists had sought to expose the true scale of the outbreak from the then epicentre by uploading videos to YouTube and Twitter, both banned in mainland China.
All of their dispatches revealed a grim side of Wuhan unseen on state-run Chinese media outlets.
Chen, 34, has not been heard from since 7pm local time on February 6.
He arrived in Wuhan just before the city went into lockdown in hopes of providing the world with the truth of the epidemic, as he said himself.
His reports detailed horrific scenes including a woman frantically calling family on her phone as she sits next to a relative lying dead in a wheelchair and the helpless situation of patients in the overstretched hospitals.
He had been planning to visit a 'fang cang' makeshift hospital before evaporating.
His disappearance was revealed by a post on his Twitter account, which has been managed by a friend authorised to speak on his behalf.
His mother has posted a video calling for his safe return.
The latest post on his Twitter, posted on Wednesday, read: 'Who can tell us where and how Chen Qiushi is right now? When will anyone get to speak with him again? Chen Qiushi has been out of contact for 68 days after covering coronavirus in Wuhan. Please save him!!!'
Top Stories