A Twitter user has slammed Nigerian musician, Davido for trying to use Cynthia Morgan's issue to shine. 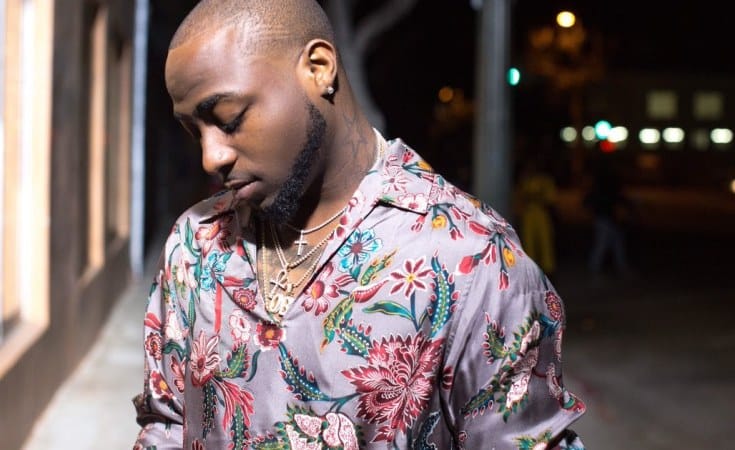 He isn’t helping because he cares, he just wants to be in the news. And that’s why he always publicize it.
Check most of the time Davido dey fake help with his gumbody. It’s always with people in the news but he always disguise it like he cares. Hypocrisy !!!” 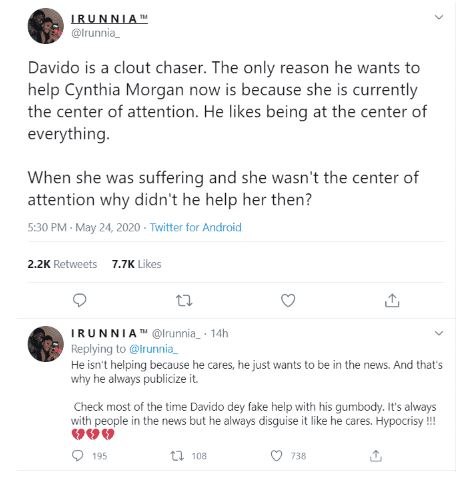