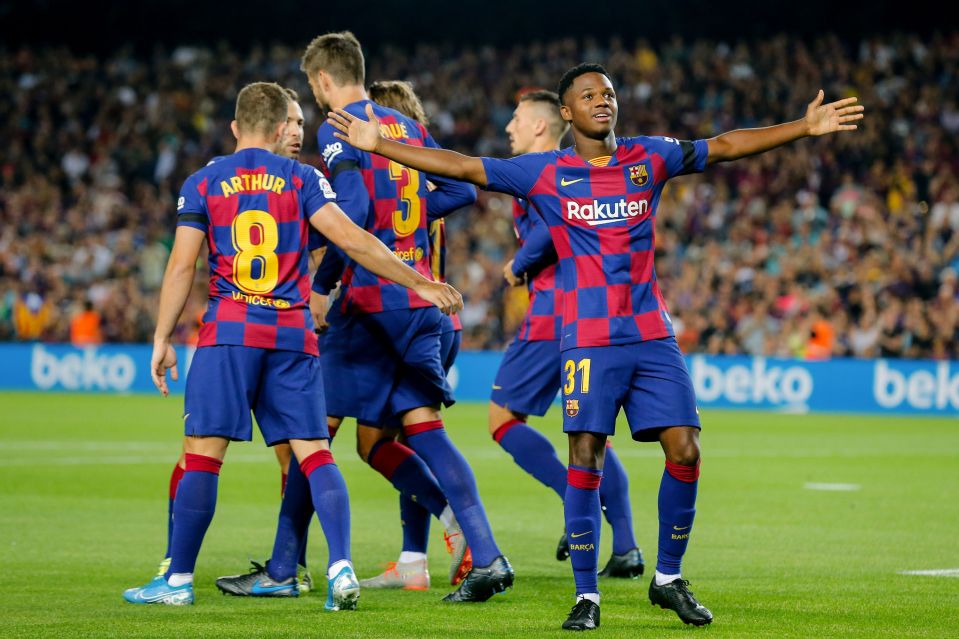 Barca teammates
Five Barcelona players have reportedly tested positive for coronavirus.
According to Catalan radio station RAC1, this development comes as Barcelona get ready to return to action on June 13.
The five players who tested positive for the virus were not mentioned but it is understood they initially contracted the disease back when the first wave of the pandemic hit.
Reports say that neither of the five players exhibited any symptoms and were only made aware to the fact they had the disease once they underwent tests.
Two members of staff are also believed to have tested positive for coronavirus but the La Liga Giants felt it was necessary for La Liga to make that information public, reports AS.
Barcelona showed concern that the five players who suffered from coronavirus will be more prone to injury, however they are all believed to be back in training.
RAC1’s claims have since been backed up by Spanish football programme El Chiringuito de Jugones.
La Liga restarts with the Andalusian derby on June 11 before the Catalans take on Real Mallorca two days later.
They have a two-point lead over Real Madrid in second despite losing to Los Blancos shortly before lockdown.
Spain has been one of the worst hit nations by the global pandemic recording about 240,000 confirmed cases and over 27,000 deaths.
Top Stories