A video has surfaced of an angry driver punching a naked man who refused to leave the road. 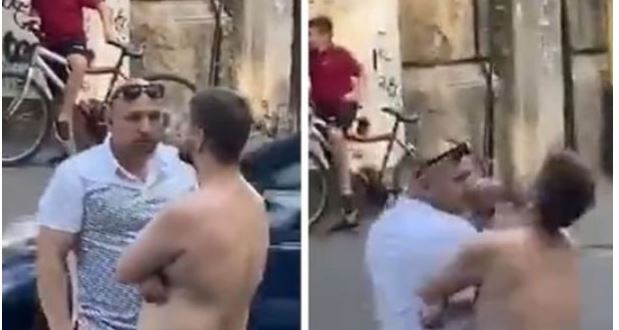 A naked man was knocked out by an angry driver after he blocked traffic by standing in the middle of the road.

The man was completely naked and stood with his arms crossed across his chest. Cars waited in front of him, unable to move past him.

When he wouldn't move away, the driver directly in front of him got out and approached him. The driver spoke to the naked man for a bit but when he didn't move, he made a fist and punched him in the face and the naked man collapsed.

The video was shared by American journalist Adam22 and he captioned it, "Something really gratifying about seeing a naked guy get knocked out for blocking traffic."

Something really gratifying about seeing a naked guy get knocked out for blocking traffic pic.twitter.com/xBIzqxLAtN