This was contained in a letter dated July 5 which was signed by the Director, Legal Services of the NDDC, Peter Okoro. 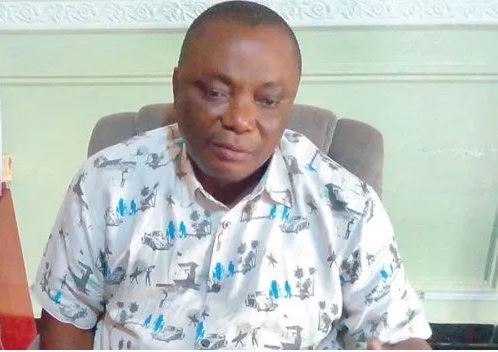 The Niger Delta Development Commission (NDDC) has demanded a refund of N2.5 billion from Delta senator, Peter Nwaoboshi, being the amount the agency said it paid for contracts to companies allegedly linked to him.

This was contained in a letter seen by PREMIUM TIMES.

The letter dated July 5 was signed by the Director, Legal Services of the NDDC, Peter Okoro. The spokesperson of the commission, Charles Odili, confirmed the authenticity of the letter to this newspaper.

In the letter, the NDDC asked that a total of N2.6 million (N2,552,305,600) paid to contractors for the production of plastic desks and chairs for the primary and secondary schools in the Niger Delta region in 2017 (under the commission’s 2016 budget) be returned.

Although the names of the companies were not mentioned in the letter, it said the contracts were in furtherance of the NDDC’s education sector mandate as a catalyst for the improvement of classroom and learning conditions in the region.

“…Instead of supplying the chairs and desks to the Commission’s warehouse in Port Harcourt or to any of the NDDC offices in the nine Niger Delta states, the items were supplied to a warehouse described as Akuede Akwis’ located at Benin Expressway, Okpanam, before Wichetech Aluminum Company.

“That despite having fully paid for the 2017 contracts for the production of chairs and desks, the items have not been supplied to the Commission. The resultant effect is that the Commission and the Niger Delta region have been deprived of the use of the desks and chairs,” part of the letter read.

The lawmaker was, thereafter, given a two-week ultimatum to refund the said amount.

Officials of the NDDC had accused Mr Nwaoboshi of hijacking contracts and budgets of the commission. This allegation was made during the investigative hearing of the financial recklessness and misappropriation of funds in the NDDC, by a Senate ad-hoc committee.

The acting deputy director, projects, NDDC, Cairo Ojougboh, alleged that budgets of the commission “have always been hijacked by the leadership of the committee on NDCC from both chambers for their personal gain.”

“Some contracts supplied to ‘an NDDC warehouse’ along Benin-expressway. The warehouse belongs to Peter Nwabaoshi (a senator). About 2900 emergency projects were awarded and Mr Nwabaoshi collected 1000 of them, saying he will distribute them among senators and House of Representatives members. But when asked, lawmakers denied receipt. We are being accused because we are working for the region and because they want to take over the commission,” Mr Ojougboh told the panel in July.

Similarly, the Minister of Niger Delta Affairs, Godswill Akpabio, named the senator among other federal lawmakers who allegedly got contracts from the commission, an allegation that Mr Nwaoboshi has denied, even daring the minister to send the names to anti-graft agencies.