A young man who went home and strangled his mother has been arrested after being exposed by CCTV camera. 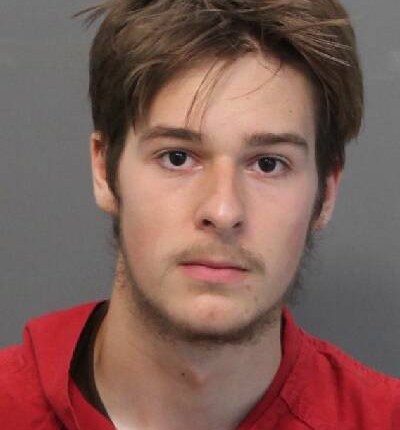 Garrett Behlau
The police in US have arrested a teenager for taking the life of his own mother.
He has now been arrested after their home security footage was reviewed by his father and the son was seenstrangling life out of his mother and taking her last breath.
The defendant, 19-year-old Garrett Behlau who is facing multiple charges is accused of killing his 54-year-old mother, Theresa Behlau. He was arrested on Wednesday afternoon, August 19 after his father called Chattanooga City Police upon watching home security footage eight hours away.
At around 2:30 p.m., Chattanooga police arrived at the scene – a home located in the Waterhaven subdivision located along South Chickamauga Creek, local media reports.
The caller who reported the case told police he was about eight hours out of town but had just reviewed home security footage where he saw his son, Garrett Behlau, strangle his mother, Theresa Behlau, “until she was lifeless,” Hamilton County court records state.
The man who appeared to be shocked said he then saw Garrett Behlau drag his mother’s body out of the camera’s view.
When police arrived at the home, they found Garrett Behlau sitting on the floor in his bedroom, according to court records.
They asked him where his mother was, and he told them “in the woods,” police wrote in the criminal affidavit. When officers searched the woods, they found Theresa Behlau’s lifeless body, her head covered in Saran wrap.
The affidavit states that investigators later viewed the video footage showing Garrett strangling his mother, dragging her body away, then returning with paper towels to clean up the crime scene.
The 19-year-old is charged with criminal homicide, abuse of a corpse, and tampering with evidence. His bond was set to $300,000, and his first court appearance is scheduled for Aug. 25.
Top Stories