Will Liverpool Move To Sign Lionel Messi? Check Out What Klopp Has To Say About This


Lionel Messi's future has been surrounded by speculation since asking to leave La Liga giants, Barcelona. 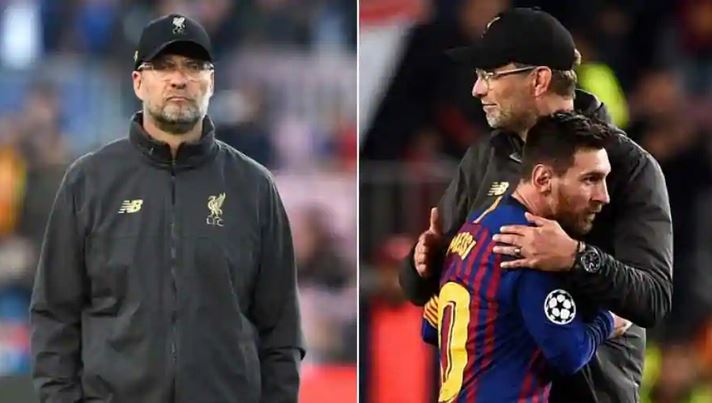 According to the BBC, Liverpool boss Jurgen Klopp has ruled out a move for Barcelona forward Lionel Messi, but admits the Argentine would be "great" for the Premier League.

Messi's future has been surrounded by speculation since asking to leave Barca but Klopp says there is "no chance" he will join the English champions.

Asked if he was interested in signing the 33-year-old, Klopp said: "Who doesn't want Messi in their team?

"The numbers are not for us, but a good player, to be honest."

Messi has been linked with a reunion with former Barca boss Pep Guardiola at Manchester City - something Klopp says will "obviously" help his rivals and make them "harder to beat".

City, who were Liverpool's closest rivals in the top flight last season and their predecessors as title holders, have remained tight-lipped on the rumours and have ruled out letting first-team regulars Bernardo Silva, Riyad Mahrez and Gabriel Jesus leave in any exchange deal for Argentina international Messi.

"He's never played in another league. Football is different here. I'd like to see it but I'm not sure I will."

Liverpool continue their pre-season preparations against FA Cup winners Arsenal in the Community Shield on Saturday (16:30 BST), and Klopp says he is "happy" with his squad.

However, while remaining coy on the subject, he did not rule out further transfer activity before the Premier League window closes on 5 October.

"Numbers in the squad make sense, we have a big squad at the moment with a lot of young boys, and the size of the squad is OK," he said.

"I'm happy with what we have but we look constantly for improvement - internally too.

"It will be interesting to see what other teams do but we will deal with our situation as we always have. The philosophy of this club is clear and we will see how much we want to spend."