The police operatives have arrested two out of the five men who allegedly gang-raped a 15-year-old girl. 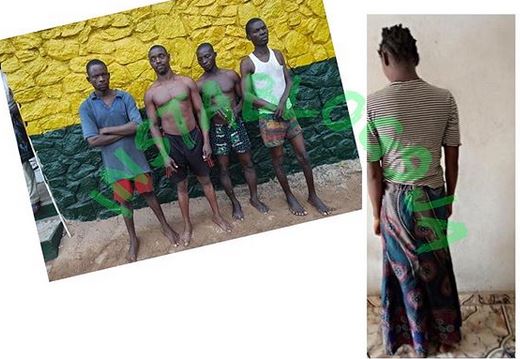 Two more men involved in defiling a 15-year- old orphan in Abraka have been arrested by the Delta State police command.

On Friday, August 28th,2020, SARS and police operatives had arrested two out of five men, Solomon and Okpolor, who allegedly gang-raped a 15-year-old girl.

The two additional suspects arrested are Mr. Emma(her husband) and Friday (her uncle). According to Advocate Harrison Gwamnishu, the last suspect , Godday Okpakolu is currently on the run.

However, the DPO of Abraka Divison, Mr.Hassan, has assured that the police would do everything within its power to ensure he’s caught and justice is served.