Shocker! Married Woman Gets Glued To Her Lover While Having S*x In Ogun State (Video)


A married woman has gotten glued to her lover while she was having s*x with him in an Ogun state community. 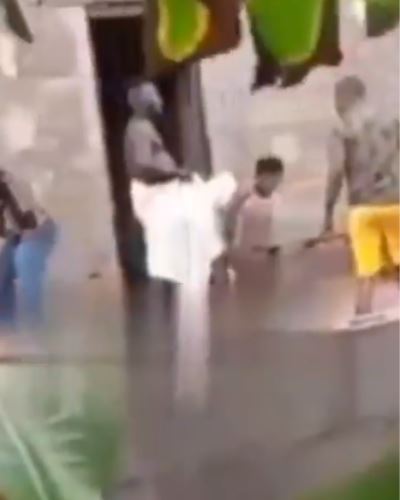 The man and woman got glued

In what will come across as a really shocking development, a woman and man have gotten stuck while having sexual intercourse.

A video making rounds online captured moment the unidentified woman who is married got glued to her lover while having s*x.

Eyewitnesses linked the incident to "Magun" and it was gathered that the incident occurred in Ogun state. The couple were seen in the viral video crying and begging to regain their freedom from the charm.

Magun which in Yoruba language means "Do not climb", is a dreadful and deadly charm usually employed by offended husbands to punish adulterous men having illicit sexual affairs with their wives.