Laycon has opened up on the real reason why Erica was booted out of the show yesterday night. 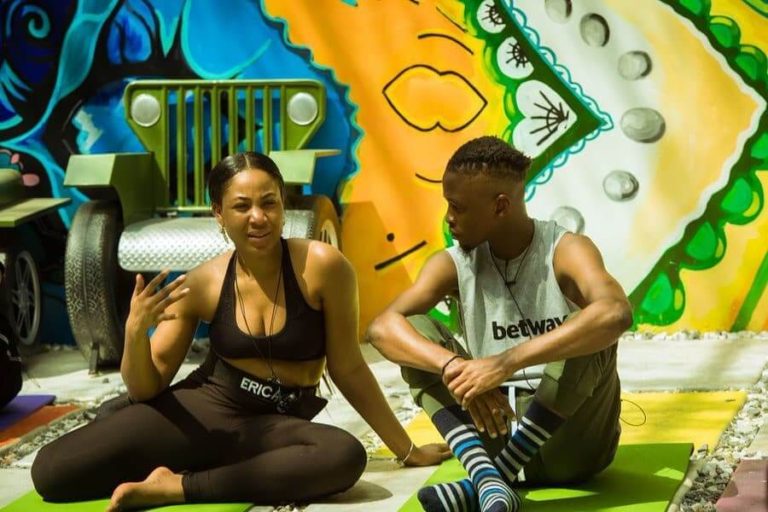 Erica and Laycon
Big Brother Naija Lockdown housemate, Laycon has finally spoken since the disqualification of his former love interest Erica.
Recall that people blamed him for her disqualification, but he has taken himself out of it by saying, Erica caused it herself.
Erica got disqualified on Sunday after Biggie gathered the housemates at the lounge and played videos of when she threatened to kill Laycon outside the house and hurled insults at him.
Also, video of her pouring water on the Head of House (HoH) bed in order to stop Prince who is her deputy from sharing the lounge with her was highlighted.
Reacting to her disqualification, Laycon in a conversation with Kiddwaya and Vee said he feels sorry for her, saying her actions were because she was drunk.
When asked if he feels responsible for her eviction, Laycon said no, adding that she’s the architect of her predicament.
Laycon said: “She was talking , all the things she said and action caused her eviction.
“I felt she was drunk and said all those things.”
Top Stories