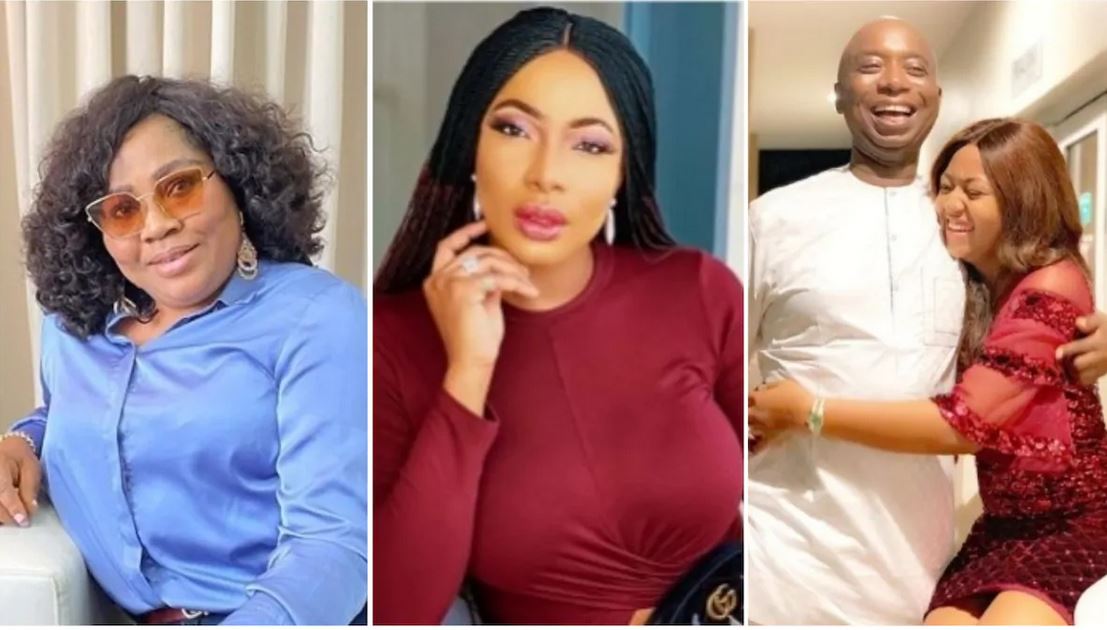 Reginal Daniel's mom, Rita, on her Instagram page on Sunday, September 13, called out those who judged her wrongly.

A blog called Ijeoma Daisy that shared the video stated that another blogger called Ada Nanka made the revelation.

In the video, a voice said to be that of blogger Ada was heard narrating what happened. According to her, Rita Daniels threatened to go spiritual on Chika if she refuses to leave her daughter's husband alone.

Ada claimed that actress Chika has resumed a love relationship with the billionaire businessman. According to her, the actress' mother has warned Chika to leave her daughter's husband alone.

While reacting to the said video, she shared a screenshot that said the clip was doctored as she asked God to give all the required wisdom with the way they assess people.

"May God equip us with wisdom knowledge, understanding and common sense of reasoning with the way we judge people. Let God be my judge and judge those that judge me wrongly.... Happy Sunday fam. God bless you all," her post read.

This is the original video that was posted as the alleged callout and the voice was a voice over not Rita Daniels. She says it's fake news.#BBNaija #LayconNeedsYou pic.twitter.com/evZsFyrvry