Die-hard fans of BBNaija reality star, Ozo have gifted him an expensive Patek watch worth N8m. 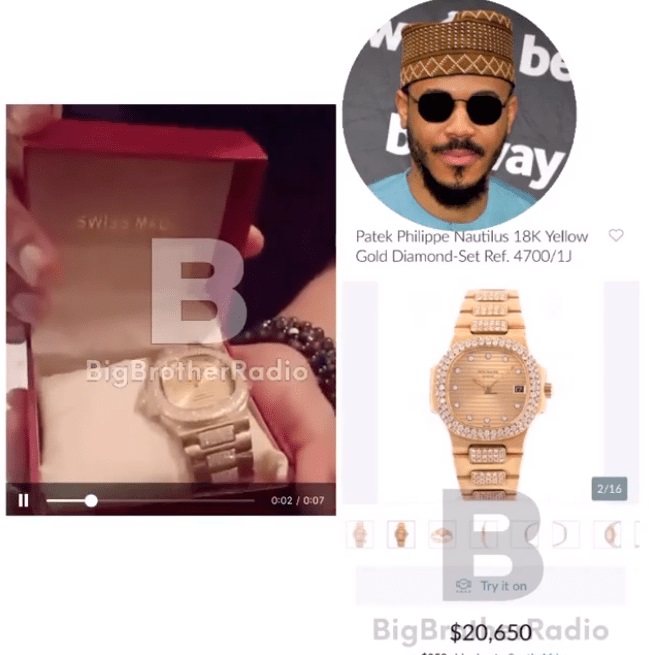 Ozo was given a patek gold watch worth N8m
A former big brother Naija housemate, Ozo has been blessed with a brand new Patek Philippe Nautilus gold wrist watch.
The gift was given to him by his fans and is reportedly worth N8m.
The luxury piece which cost approximately N8million, was presented to him by some fans who visited him in his hotel room in Lagos.
This is coming after the show’s finale yesterday, September 27th, where singer Laycon emerged winner of the N85million prize win. 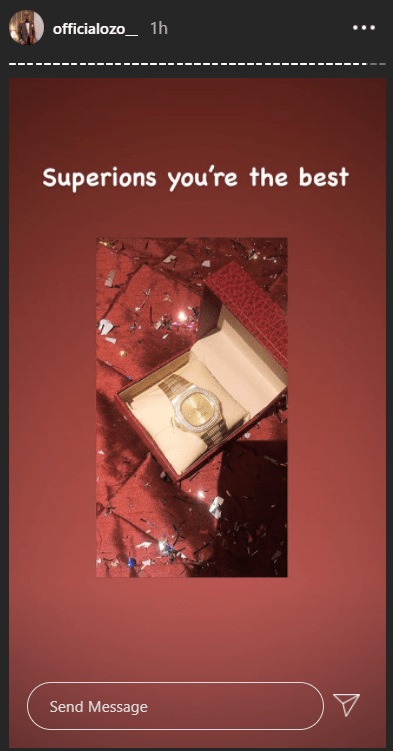 Ozo who showed off the watch, thanked his fans (Superions) and called them the best. He was also given other gifts like a cake and others.
Watch video below: