Super Eagles Media Officer Toyin Ibitoye disclosed this to the News Agency of Nigeria on Tuesday. 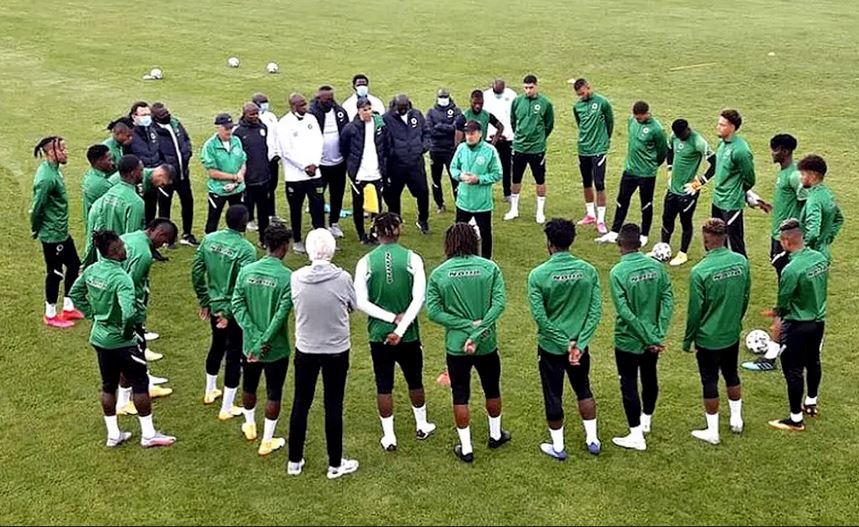 Captain Ahmed Musa, the Super Eagles and Genk FC forward Paul Onuachu have arrived the Super Eagles’ camp in Austria, to beat the Tuesday’s deadline for arrival of players ahead of international friendly with Algeria.

Super Eagles Media Officer Toyin Ibitoye disclosed this to the News Agency of Nigeria on Tuesday.

He said both players were the last to arrive the team’s camp as handler Gernot Rohr who now has a full complement of his players, prepares them for the Friday, October 9 encounter against the Desert Foxes of Algeria.

Onuachu was invited lately after Napoli striker Victor Osimhen pleaded to be excused from the two friendly matches due to COVID-19 protocols.

“Musa and Onuachu were the last to arrive in the camp, but they participated in Tuesday’s evening training,” Ibitoye said.

According to him, the team will train twice every day before the match.

Ibitoye also said that all the players and officials in camp passed through the COVID-19 checks to ensure that they were free from the virus.

The Super Eagles are expected to battle the Carthage Eagles of Tunisia on October 13, in their second friendly encounter in Austria.