Horror As Dad Rapes His 10-month-old Daughter To Death


The suspect was arrested for aggravated indecent assault on his 10-month-old baby. 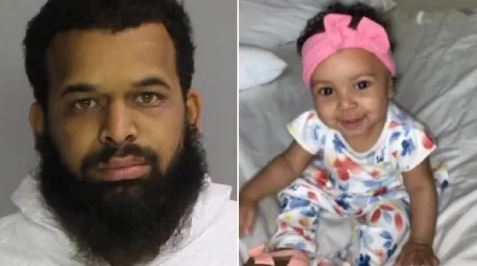 A Pennsylvania father has been arrested for allegedly r*ping his 10-month-old daughter, who later died from her injuries at a hospital.

Austin Stevens, 29, of Providence Township, was charged on Tuesday with aggravated s.e.xual assault, r*pe of a child, involuntary deviant s.e.xual intercourse, aggravated indecent assault, endangering the welfare of a child and other criminal counts in the death of his baby daughter, Zara Scruggs.

According to a press release from the Montgomery County District Attorney's Office, at around 10.40pm on Saturday, Lower Providence police responded to a home in the 3400 block of Germantown Road to a report of an unresponsive infant.

Officers immediately began CPR on Zara and transported her to Einstein Medical Center Montgomery, where she was pronounced dead less than two hours later.

Police obtained a search warrant to download the contents of Stevens' phone, which revealed that the 29-year-old father had conducted multiple Google searches for nearly an hour before calling 911 to get help for his dying daughter.

The subjects of Stevens' online searches included 'If baby stop breathing,' 'What if you don’t hear baby heart or beat,' 'My baby isn’t breathing,' and 'How do you know if a baby [sic] is dead,' according to prosecutors.

A search of Stevens' upstairs apartment turned up a diaper Zara was wearing during the alleged r*pe.

'The diaper was saturated with blood,' the press release from the DA's office stated.

'This case is deeply disturbing. It is hard to imagine this child’s death being any more traumatic: sexual assault on an infant, followed by inaction by the father to save her life, led to her death,' said Montgomery County District Attorney Kevin Steele, calling the crime 'heinous'.

Stevens is being held at the county jail on $1million bail pending a preliminary hearing set for October 13.

Social media posts indicate that Stevens is the co-owner of a construction company, reported ABC6. He also served as an assistant coach for the Lower Providence Warriors youth football team.