It was learnt that the protesters pelted stones at the security operatives in a bid to resist any attempt to stop the protest. 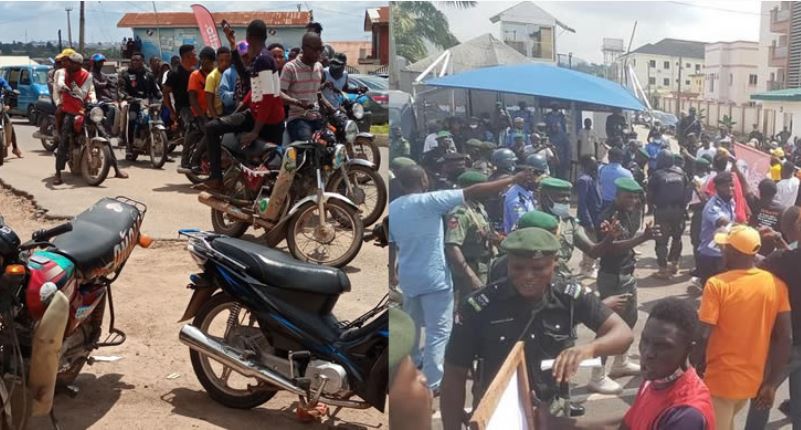 Violence became the order of the day in Osun and Abuja on Friday after youths took to the streets to protest against police brutality and extortion.

According to The PUNCH, it was gathered that in a bid to disperse the protesters, policemen shot indiscriminately.

In Osogbo, the protest caused gridlock at the Ola-Iya junction.

It was learnt that the protesters pelted stones at the security operatives in a bid to resist any attempt to stop the protest.

The security operatives, who initially took cover beside their Armoured Personnel Carriers stationed at the junction, later shot indiscriminately to disperse the angry youths.

In Abuja, security operatives teargassed and shot indiscriminately to disperse the protesters.

In a video that surfaced online, the protesters were seen running helter-skelter.

Some of them were heard shouting “they are shooting at us”, “don’t kill us with teargas”, “you must #EndSARS”.

One of the protesters in Abuja, @BrianJDenis, tweeted, “Police officers have opened fire at us with live bullets at Central Area, Abuja. Some people are injured.”