The govt has reportedly lost money as toll gates around Lagos states have been blocked following the #EndSARS protest. 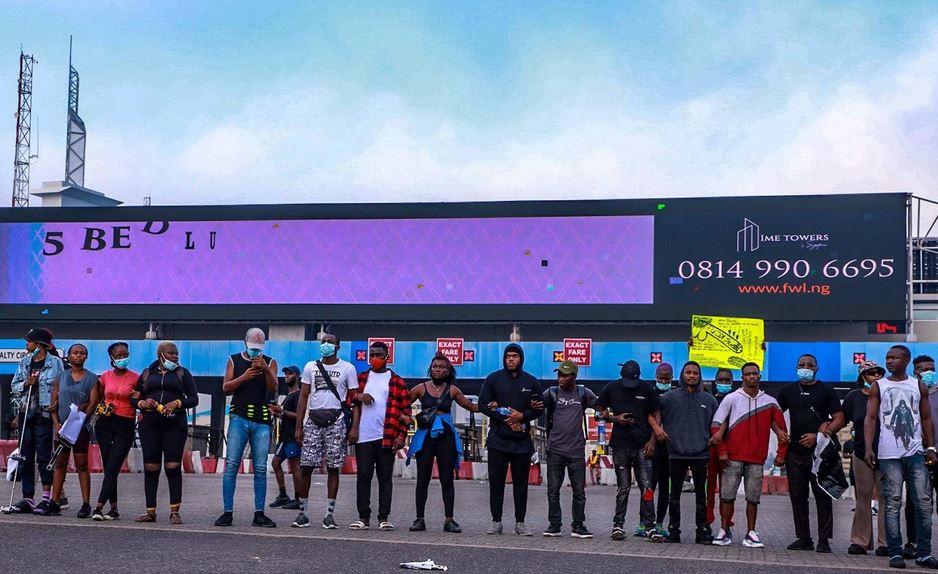 Following the ongoing #EndSARS protests across the country to kick against police brutality, the Lagos State Government has reportedly lost N234m to the closure of tollgates in the state.

Despite the closure of the tollgates by protesters, the state government has continued to make money from adverts at the toll plazas.

According to a report by The Punch, the Lagos state government lost N234 million Naira due to the protests, and the figure was obtained from the daily and monthly targets set for the tollgates by the government, which owns the tollgates, which are being managed by the Lekki Concession Company.

The commissioner said the Lekki-Ikoyi Link Bridge was not expected to generate less than N300m monthly, while the Admiralty Circle Plaza generates about N500m monthly.

“At least 80,000 cars use the tollgates every day. The figure could be higher or lower depending on the day of the week. However, since the protests started, the Lekki tollgate has been completely shut, while the Ikoyi one has been left permanently open for people to use without payment,” he said.

Protesters have threatened that they won’t back down till their demands are totally met by the government.