An angry mob has attacked the Ketu office of Television Continental popularly known as TVC. 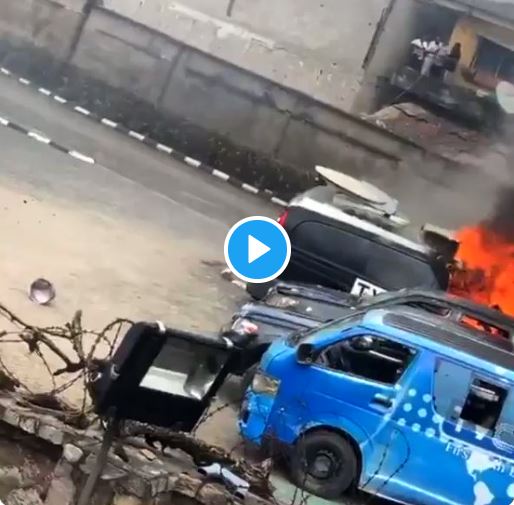 TVC set on fire
Television Continental popularly known as TVC has been set on fire at Ketu, Lagos.
It was gathered that a popular talkshow programme, YourView, was on when the hoodlums besieged the station.
Punch reported that the programme host, Morayo Afolabi-Brown, who said the hoodlums entered in a van, asked to go on a commercial break.
The station had since then been stuck.
Videos online confirmed by workers at the station said the assailants set fire to the station over its connection to a former Governor of Lagos State, Bola Tinubu.
Temper rose when soldiers besieged the Lekki toll gate on Tuesday night and opened fire on protesters.
Eyewitnesses claimed that seven people were confirmed dead and many injured.
The incident has been greeted with outrage all over the world.
Watch video below: