The Lekki Concession Company (LCC) has dismissed claims that it was involved in the removal of the CCTVs at the Lekki-Victoria Island tollgate. 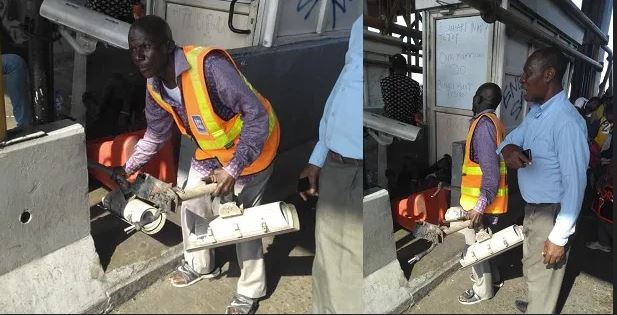 Following the shooting of unarmed protesters at the Lekki Tollgate, Nigerians have accused the Lekki Concession Company (LCC)of removing the CCTV camera at the Tollgate before the massacre on Tuesday, October 20.

The Lekki Concession Company (LCC) has now responded by dismissing claims that it was involved in the removal of the CCTVs at the Lekki-Victoria Island tollgate.

This press release by the Lekki Concession Company should provide some feedback about a lot of stories we have seen on social media about the Lekki toll gate. It is important to understand all the factors at play as we continue to investigate. Perimeter CCTV was not removed.

The Lagos State Deputy Governor, Obafemi Hamzat shared a copy of the statement on social media and wrote ; 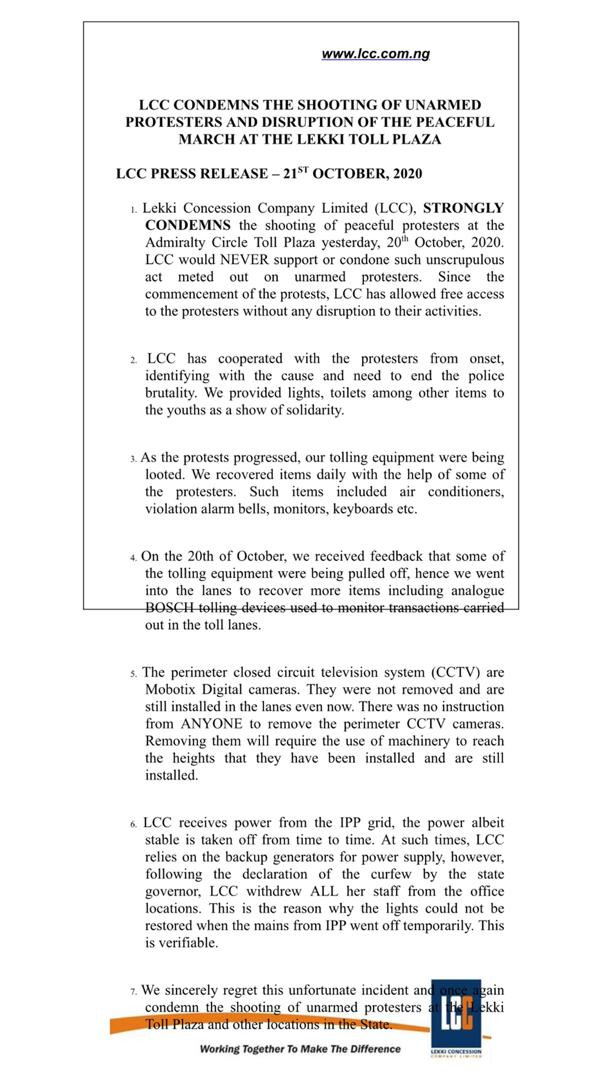 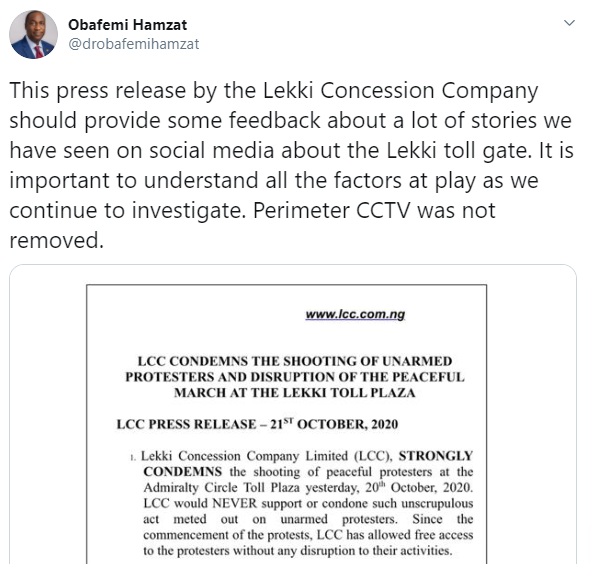