A Nigerian man living in the United States will spend over 4 years in jail for engaging in BEC scam. 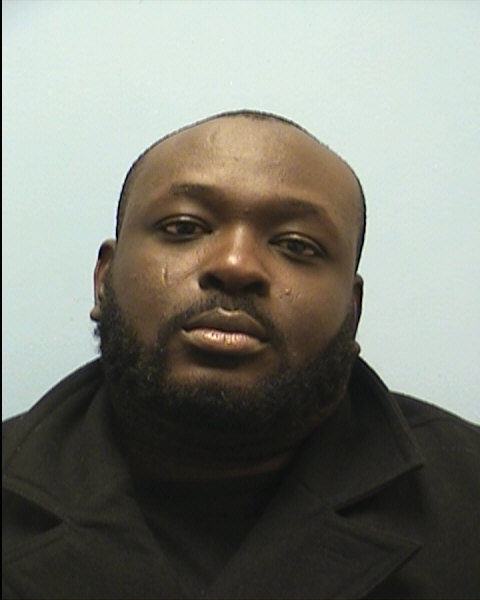 Nosa Onaghise
The US Justice Department has released a statement after convicting a Nigerian fraudster, Nosa Onaghise.
It was gathered that the 33-year-old Nigerian was convicted and ordered to refund $1,869,419. Onaghise who lives in Austin, Texas has been sentenced to 51 months in US federal prison for his participation in a conspiracy that laundered more than $1.7 million.
Onaghise was sentenced for his role in a conspiracy that laundered more than $1.7 million in Business Email Compromise (BEC) scam proceeds, stolen from multiple companies.
He must also pay $1,639,419.57 in restitution, pay a $230,000 money judgment, forfeit $14,282.50 seized from a bank account, and be placed on supervised release for three years, after completing jail term.
Onaghise’s sentence was announced by U.S. Attorney Gregg N. Sofer; Special Agent in Charge Shane Folden, Homeland Security Investigations (HSI), San Antonio; and, Inspector in Charge Adrian Gonzalez, U.S. Postal Inspection Service (USPIS), Houston Division
In a BEC scheme, scammers target businesses and individuals making wire transfer payments, often targeting employees with access to company finances.
The scammers trick the employees into making wire transfer payments to bank accounts thought to belong to trusted partners—except the money ends up in accounts controlled by the fraudsters.
Sometimes the scammers use computer intrusion techniques to alter legitimate payment request emails, changing the recipient bank accounts.
Sometimes they send spoofed emails from email addresses similar to the real email accounts used by trusted partners.
On December 12, 2018, Onaghise pleaded guilty to one count of passport fraud admitting to attempting to use a false, forged or counterfeit passport to open several bank accounts in the U.S. in 2018, in furtherance of the fraud scheme.
On December 20, 2019, Joseph Odibobhahemen, a 28-year-old Nigerian citizen formerly residing in Austin and Onaghise’s co-defendant, was sentenced to 78 months in federal prison for his role in the fraud scheme.
Court records in this indictment (A18CR358), and the indictment also returned in Austin against four other co-conspirators (A19CR78), show that between November 2016 and April 2019, over $10 million was allegedly sent by victims to accounts controlled by the conspirators, who were able to take in excess of $6 million before law enforcement or financial institutions stopped the fraudulent transfers.
Onaghise, Odibobhahemen and the others acquired or controlled dozens of bank accounts opened in the U.S., including in Austin, utilizing fraudulent identification documents, including fraudulent foreign passports in fake names.
Once the funds were fraudulently procured and deposited into these bogus accounts, the defendants worked quickly to withdraw or transfer the funds.
The four additional co-conspirators—Bameyi Omale, Chinonso Agbaji, Igho Calaba and Chibuzor Uba—have all pleaded guilty and are currently serving lengthy federal prison terms: Omale, 135 months; Agbaji, 78 months; Calaba, 30 months; and Uba, 36 months.
“Scammers and fraudsters beware! We will bring the full weight of federal law enforcement down on those who prey on the legitimate business community here in Austin and elsewhere in this district,” stated U.S. Attorney Sofer.
“The sentence and restitution order handed down today demonstrate the serious nature of these offences – offences that damage our economy and harm innocent victims. If you are engaged in this shameful and illegal activity, you can expect to go to federal prison.”
“This federal investigation uncovered a sophisticated scheme to steal from U.S. businesses,” said HSI San Antonio Special Agent in Charge Folden.
“These types of crimes cost U.S. citizens hundreds of millions of dollars each year to finance criminal organizations around the world. HSI and its law enforcement partners will continue to do everything possible to stop this kind of fraud and to protect the citizens of the United States.”

“Technological advancements have led to the sophistication of fraudulent schemes,” stated USPIS Inspector in Charge Gonzalez.
“However, no matter what their scheme may be, if criminals use the U.S. Mail in furtherance of it, they will face the full investigative force of the Postal Inspection Service. Postal Inspectors will work tirelessly with our law enforcement partners, such as HSI, to ensure these fraudsters are brought to justice.”
Top Stories