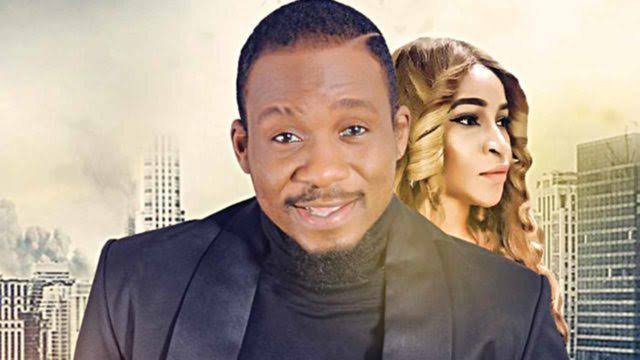 Jnr Pope
Nigerians who sold their votes to politicians have been told to stop complaining.
Nigerian actor, Jnr Pope made this point after taking to social media to react after many complained of not getting COVID-19 palliatives.
The action movie-oriented thespian made this known in a tweet he shared on his Twitter page on Sunday, October 25.
According to him, the people’s rights to dividends of democracy have been bought over moment they sold their votes during past elections that saw the
emergence of political leaders currently in power.
He ended his piece by advising Nigerians who sold their votes not to expect anything from the leaders they sold their votes to.
He tweeted “Why Will They Give You Palliatives Specifically Meant For You When Actually They Paid You Off To Have Your Votes……. (in other words; you have sold your palliatives)…….. And As Such Shouldn’t Be Expecting Anything From The Leaders You Sold Your Votes To……. 2023 I Run” 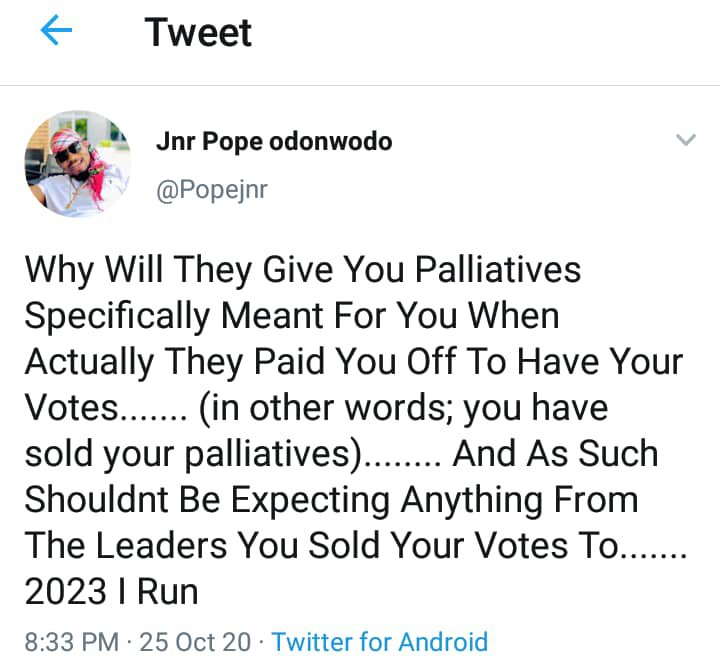