A former commissioner in Rochas Okorocha's government has landed in serious trouble after stealing N180m. 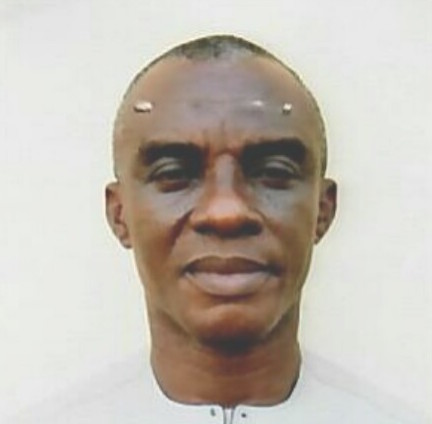 Lasberry
A former commissioner for Transport and chairman, Imo State Transport Company in Rochas Okorocha’s administration has been arrested.
Lasberry Okafor Anyanwu was on Thursday arraigned by the Economic and Financial Crimes Commission, EFCC, Enugu Zonal Office before Justice E.F Njemanze of the Imo State High Court for alleged fraud.
Mr Anyanwu, a former commissioner for Transport and chairman, Imo State Transport Company in Rochas Okorocha’s administration is being prosecuted on four-count charges, bordering on conspiracy, abuse of office, stealing and misappropriation of public funds to the tune of N180 million.
Count three of the charge read, “That you, Prince Lasberry Okafor Anyanwu a.k.a Lasberry Okafor sometime between the 6th day of November, 2017 and 10th day of November, 2017 at Owerri, Imo State, within the jurisdiction of this honourable court, while being employed as the chairman, Committee on Review of Imo Transport Company, used your office to confer a corrupt advantage upon yourself, when you caused the transfer of the sum of N100 million (One Hundred Million Naira) only, property of Imo Transport Company in its Imo Microfinance Bank account with Polaris Bank to a different Polaris Bank account with No: 40906668828, belonging to Oma Oil & Industries Ltd, a company in which you are a shareholder/director/chairman/chief executive and signatory to its bank account, contrary to and punishable under Section 19 of the Corrupt Practices and Other Related Offences Act, 2000.”
He pleaded not guilty to all the charges, following which prosecution counsel, Victor Okereke asked for a trial date and for the court to remand him in the custody of Nigerian Correctional Service, pending trial. Defence counsel, J.C. Ezem, however, filed an application for Anyanwu’s bail.
Justice Njemanze admitted him to bail in the sum of N20 million, with two sureties, who must be resident in Owerri; swear affidavit of means and deposit two passports each.
He adjourned the matter till January 21 and 28, 2021, and February 4 and 11 February, 2021.
Trouble started for the defendant following a petition in which it was alleged that he used his position as Imo State commissioner for Transport to transfer the ownership of the state’s transport company to his private company, Oma Oil/ Industries Ltd.
Investigation by the EFCC showed that the defendant through an opaque concession agreement with the state government, transferred the administrative duties of the state’s transport company to his Oma Oil/Industries Ltd such that finances accruing to the state transport company were channelled to his company. It was further discovered that on January 13, 2017, the defendant diverted and transferred the sum of N80 million from Imo State Ministry of Transport to his Oma Oil/Industries Ltd and another N100 million to the same company between November 6 and 10 2017 from Imo State Transport Company account.
Top Stories