He left his wife and five children – four girls and one boy, with a promise to return soon. Sadly, he was oblivious of what was ahead of him. 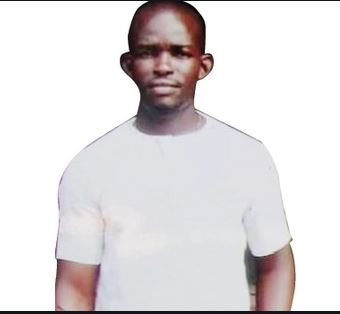 The PUNCH tells the story of Ebere Osuigwe, the young Nigerian man who was shot dead by soldies.

When on Friday, October 23, 2020, there was a blackout at Ngwa Road area in Aba, Abia State, many people in the area wanted to have their mobile phones charged so they could keep abreast of happenings in Aba, the state and the entire nation regarding the #EndSARS protests that had rocked many states.

So, 35-year old Ebere Osuigwe told his wife, Onyinyechi, that he was going to his family house where they previously lived to see if he would be able to charge his phone with a generator. He left his wife and five children – four girls and one boy, with a promise to return soon. Sadly, he was oblivious of what was ahead of him. Ebere, after charging his phone, was on his way back home to re-unite with his wife and kids. Unfortunately, he didn’t return home alive. He was allegedly shot dead by a soldier on his way back home.

Osuigwe eked out a living by loading and unloading goods at Ngwa Road, Aba for those who required the service. But since his death, Onyinyechi has been struggling to come to terms with the tragedy. News of her husband’s death shook her world, leaving her with a feeling of helplessness and hopelessness. Speaking to our correspondent, the deep sorrow she felt was obvious in the expression of her face. Her face was moisture wet, as if she had been weeping for ages.

“I advised him to be careful and he assured me he was coming back immediately,” Onyinyechi said feebly.

She continued after pausing for what seemed like an eternity: “After bathing and feeding the kids, I preserved our food and waited for him to come back so that we would eat together. After waiting for a long time, I called him with a neigbhour’s phone several times but he didn’t pick up. I became worried because no matter where he was, once he realised that he had missed my call, he would call back to know why I was calling him.

“I went outside and sat down. Later, around 11 am, I went to the place he said he was going to charge his phone. On getting there, I saw some kids who had gathered there. I asked them what happened and they told me that was where their ‘brother’, Ebere, was shot dead. I was shocked. That was how I started shouting like a mad person.”

According to eyewitnesses, it took many people and a long time to calm Onyinyechi down. And even after succeeding in consoling her, they were afraid of leaving her alone so that she would not hurt herself.

“Since his death, it has not been easy for me. It is my landlord’s wife that has been feeding my children and forcing me to eat,” she added.

She disclosed that her recent childbirth made her take some time off her job. Onyinyechi is a seamstress and is planning to return to work next year after she must have weaned her last child, who is five-month old.

She urged the Federal Government to fish out the soldier who killed her husband and financially assist her to take care of their five children.

Narrating what happened at the family house where the late Ebere had gone to charge his phone, his elder sister, Benedicta, 42 said, “He charged his phone and later came back to collect it. While going back, he got to Osuigwe Lane, named after our family and saw some soldiers. One of the soldiers – a Fulani man – asked him where he was coming from.

“Osuigwe raised his hands and told them that he went to charge his phone and was returning home to his family. Then the Fulani soldier shot him in the ankle. Maybe he felt the bullet did not hit him very well, so he shot him again in the lap. Then another soldier asked the killer-soldier: ‘Why did you shoot this man?’ The killer soldier responded by saying, ‘He should go and treat himself’.

“After shooting him, he waited there and watched my brother bleed to death. Then they left and some neighbours put him in a wheelbarrow and pushed him to where they could get ‘keke’ (commercial tricycle) or taxi to take him to the hospital because he was bleeding.”

According to Benedicta, by the time Ebere was taken to a private hospital, he was already dead.

She continued, “People doubted that he was dead. We were referred to St. Anthony Hospital, Aba, where another doctor confirmed that he was dead. His body is in the mortuary now. My brother was a good man. He was not a cult member. He didn’t smoke or drink and was not one of the protesters. They killed him for no reason. If you could see the distance between where he was killed and the bank around there (where there was trouble), you would realise that the soldiers intentionally killed an innocent soul. While this was happening, people were in their houses peeping through the window.”

Benedicta said Ebere’s death was more painful because the family had lost a member in a similar fashion in 2017.

According to her, one of her brothers, Ikechukwu, who was a member of the (Bakassi) Vigilance Service of Abia State, was returning from Umuahia in company with some other members of the group when kidnappers shot and killed eight of them along Aba-Owerri Road.

“The state government did not do anything. He left a wife and two kids and now, Ebere has also been killed. I have lost two brothers in about three years,” she lamented.

“I want those who killed my brother to be brought to justice and the government should compensate the family as he has five kids. I don’t know how we are going to cater for them.

“I am their eldest sister and this is too much for me to bear. The army should come and kill me too. I called the police to inform them about it but nothing has been heard from them.”

Ebere’s mother, Bessy Osuigwe, 55, is a widow who sells firewood for a living.

Weeping profusely, Bessy said since the death of her son, she had been having headaches and that her blood pressure had gone up.

She said, “I cry because my son did not do anything wrong. He went to charge his phone and a soldier saw him and shot him. He was pleading with the soldier but he shot him.

“I don’t know what to do next and I don’t know how I’m going to care for the five kids he left behind. How am I going to train these kids as I am not healthy now? I want the Federal Government to fish out that soldier who killed my son and deal with him. My son was shot and left to die. My son was innocent. Why did the soldier kill him and leave me with his five kids that I don’t know how to train?”

An eyewitness and a resident of the community, who spoke on condition of anonymity, said, “I was with him (Ebere) before I left to go and charge my phone at a nearby chemist drug store. After some time, we heard gunshots and everybody ran inside their houses. Some moments later, some soldiers came out of where Ebere was shot and started chasing people. After they left, we realised that he was killed in front of my shop.

The case of Ebere Osuigwe is one of many violent cases that happened during the #EndSARS protest in Abia State.

However, Commander, 144 Army Battalion, Asa in the Ukwa West Local Government Area of the state, Major Sunday Fejoh, said, “Nothing like that (killing by soldier) happened.”

Fejoh said anytime people commit such crimes, soldiers get blamed for it.

“People will say it was done by a soldier. People would commit crime on the expressway wearing army uniforms, and the army would get blamed for it. Nothing like that happened and I don’t have any report like that,’’ Fejoh added.