A woman has been arrested and arraigned by the police before a court after marrying two men. 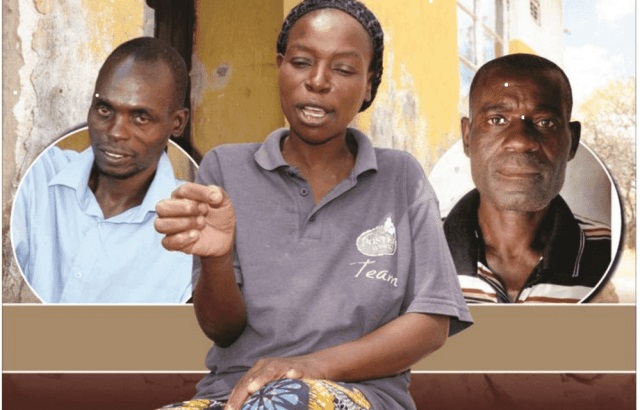 The woman was arrested for marrying two men
Policemen in Zimbabwe have apprehended a woman for marrying two men.
According to reports from the country, the woman has been arrested and arraigned before a court.
Report from Sunday News revealed that Moreblesing Maridza (41) of Platinum Park in Zvishavane, married another man after accusing her first husband of failing to be intimate with her for the past 12 years.
Maridza was arraigned before a court on charges of bigamy which she pleaded guilty to.
She however told the court that her first husband, Mr James Chivandire had become mentally challenged and was no longer capable of performing his duties as a husband prompting her to marry the other man.
The publication reported that Chivandire allegedly fell and suffered from mental illness in 2000. In 2012 Maridza went on to marry a second husband, David Mhuru who she started living with after their wedding.
The matter only came to light in September when an officer at the Registrar-General’s office observed that Maridza had two valid marriage certificates.
Maridza was sentenced to six months in prison after being arraigned before a court. However, three months were suspended on condition that she pays a fine of $5 000 and the other three suspended on condition of she not committing a similar offense in the next five years.
Top Stories