The man whose car was hit took to Twitter to recount the road rage incident. 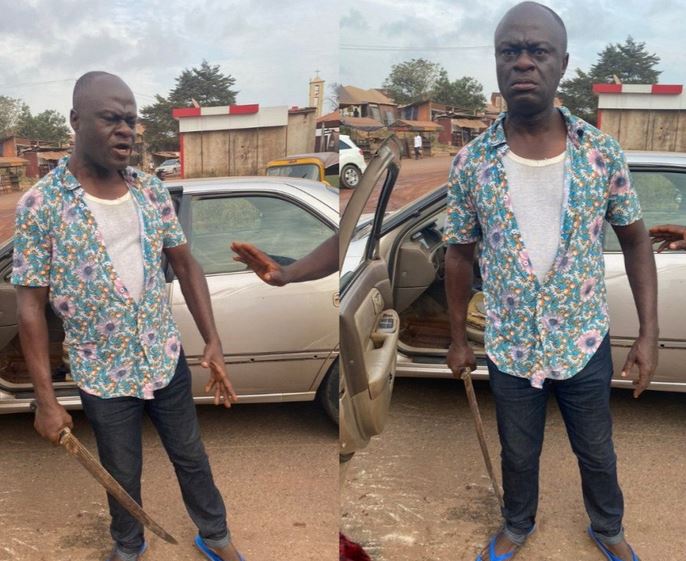 A man who bashed a vehicle of a road user brought out a cutlass to allegedly attack an eye witness who confronted him and told him he was wrong for hitting the car.

The man whose car was hit took to Twitter to recount the road rage incident.

He tweeted: "This man hit my car this morning and before we knew it he brought out cutlass and almost struck someone that saw what happened and was trying to defend me. I’m tired. Like weak. Someone’s father." 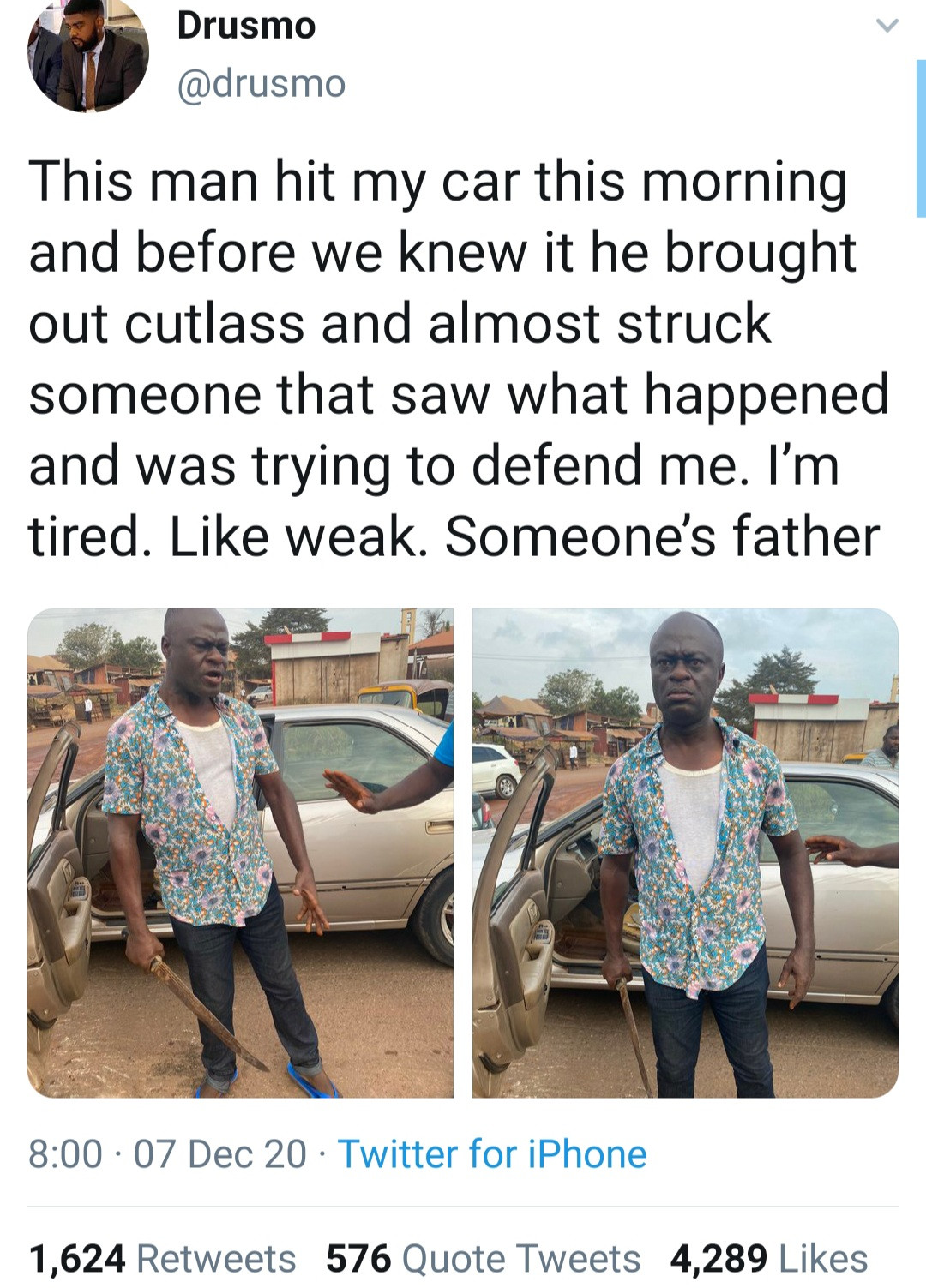 When accused of telling a one-sided story, he wrote: "Just putting it out for people saying its a one sided story. He hit me from behind, minor thing but then when I got out of the car to check and moved to his car expecting an apology or remorse at least he started fuming.

"He got out of his car still fuming, and when someone that was upset with his anger [seeing that he hit me] came to him to at least apologize he just reached inside and brought out that cutlass. Crazy." 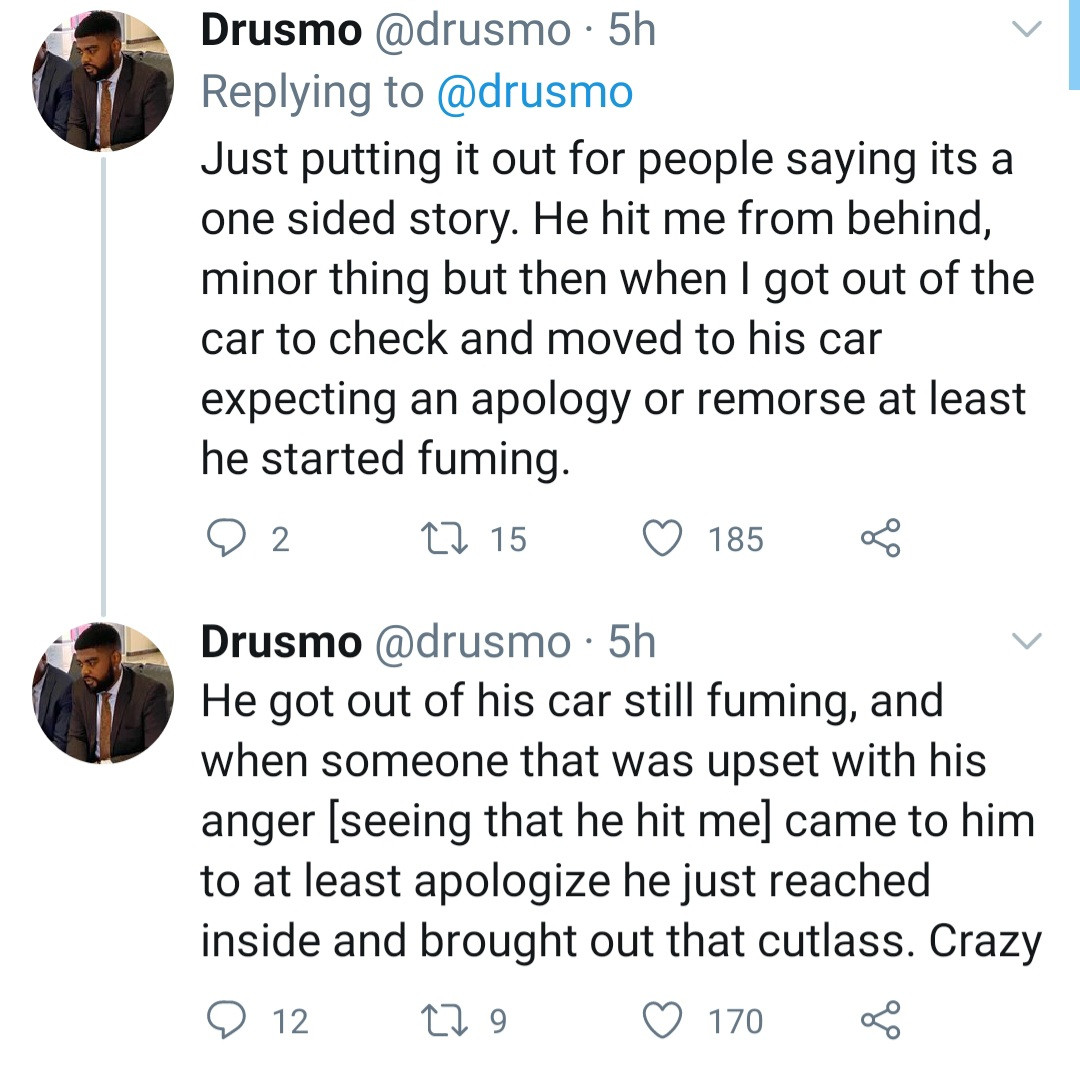 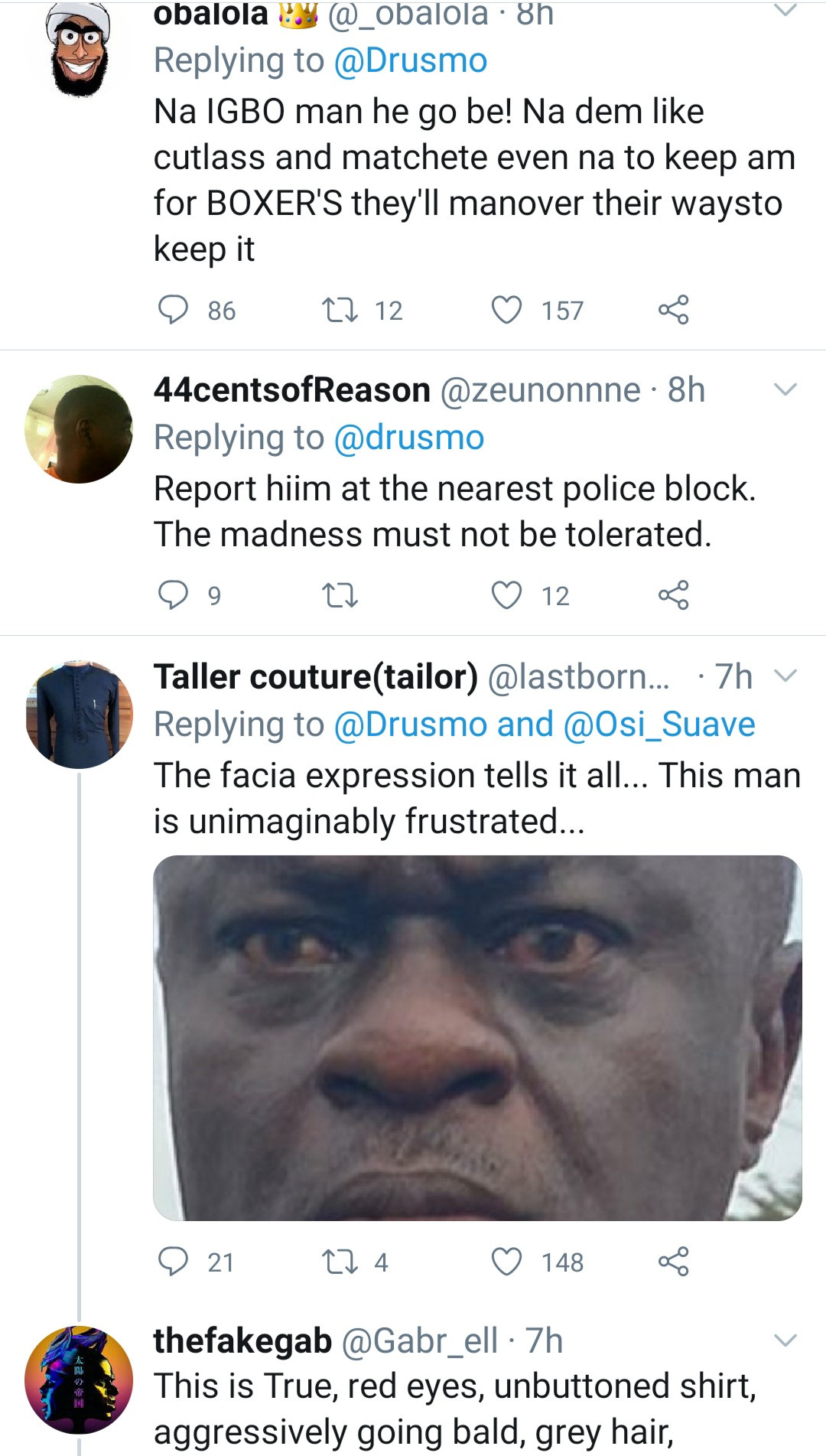