“She Broke My Heart, I'm All Alone” - Ada Ameh Cries Uncontrollably Over Death of Only Child (Video)


A Nollywood actress has continued to mourn the passing of her only child some weeks ago. 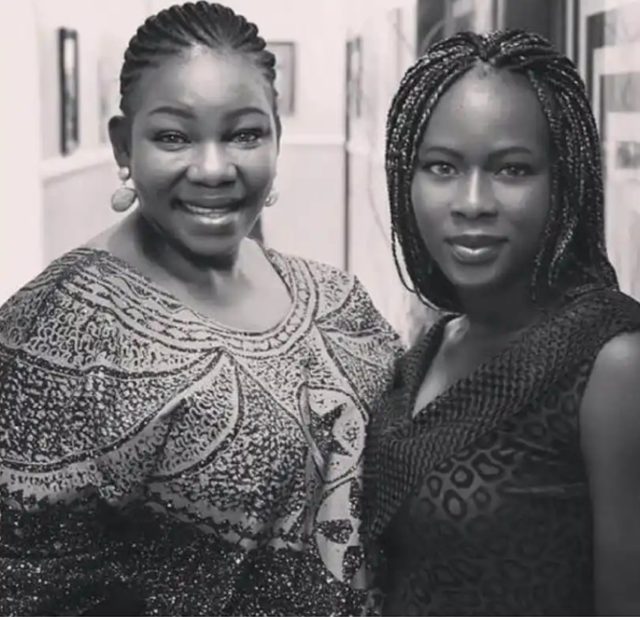 Adah Ameh and daughter
A video has emerged showing the moment a popular actress wept uncontrollably over the death of her only child.
Actress Ada Ameh in the video shared by fellow actress and friend, Empress Njamah, begged fans to pray for her, because her daughter’s death has really shattered her heart.
In the emotional video, Ada Ameh was heard saying she’s all alone and her late daughter broke her heart by leaving her so soon.
Actress Empress on the other hand, tried to make her know that she’s not alone and people around still care about her. She also advised her to calm down so she doesn’t end up in sick bed.
Watch emotional video;