Men of the Economic and Financial Crimes Commission have apprehended two lawyers for rigging election. 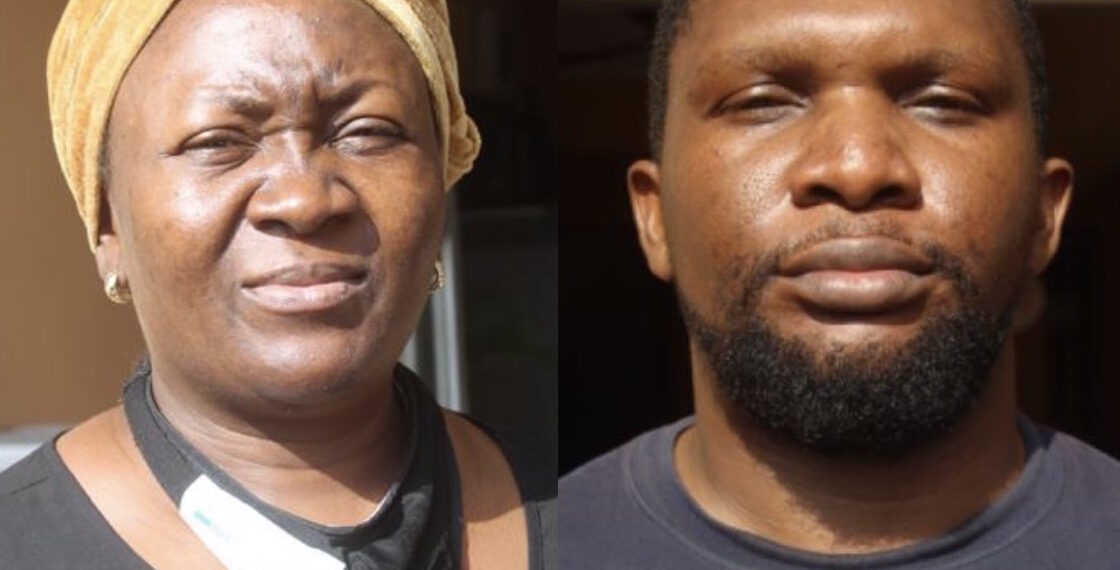 Sarah Omeigha Ajibola and John Ozovehe Demide
Two Nigerian lawyers, Sarah Ajibola and John Demide have found themselves in serious trouble.
The duo have been arrested and arraigned before Justice Chuka Obiozor of the Federal High Court sitting in Ikoyi, Lagos by the Economic and Financial Crimes Commission, EFCC, Lagos Zonal Office, on Thursday.
The two legal practitioners are accused of alleged conspiracy and forgery in the conduct of the 2018 general elections of the Nigerian Bar Association, NBA.
The EFCC had, on May 5, 2020, filed a 14-count charge against the duo that borders on alleged forgery in the elections of the Association, which produced its immediate-past President, Paul Usoro.
One of the counts reads: “That you, Sarah Omeigha Ajibola and John Ozovehe Demide, sometime in August 2018, within the jurisdiction of this honourable court, conspired amongst yourselves to knowingly alter the email addresses and phone numbers of about 1004 (One Thousand and Four) eligible voters of the Nigerian Bar Association 2018 elections, with the intention that such inauthentic data will be acted upon as genuine during the said election and you thereby committed an offence contrary to Section 27 (1)(b) of the Cybercrime ( Prohibition, Prevention etc) Act, 2015 and punishable under Section 13 of the same Act.”
They pleaded not guilty to the charge preferred against them.
In view of this, the prosecution counsel, Bilikisu Bala, asked the court for a trial date.
Counsel to the defendants, N.E. Ogeibe and Deborah Ogundele, respectively pleaded with the court to admit their clients to bail in the most liberal terms.
The Judge admitted the defendants each  to bail in the sum of N500, 000.00, with one surety each.
Justice Obiozor also directed the defence counsel to sign an undertaking to produce the defendants in court for their trial.
The defendants were ordered to be remanded in the EFCC custody for seven days to fulfill their bail conditions.
The case was adjourned to  April 14, 15, 16, 20, 21 and 22, 2021, for commencement  of trial.
Top Stories