A man has left many other people seriously injured after blowing himself up in Russia. 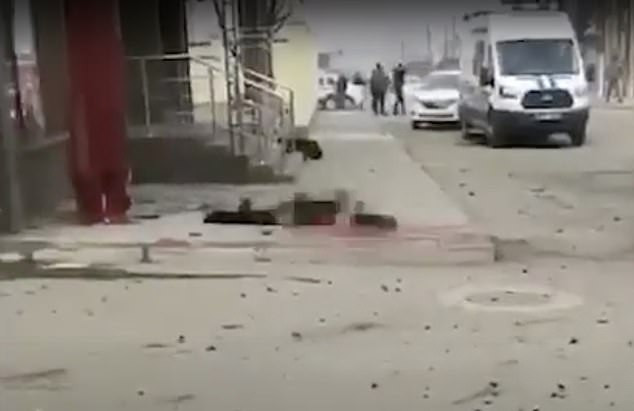 Scene of the incident
At least six persons have been left seriously injured after a suicide bomber 'screaming Allahu Akbar' blew himself up.
The tragic incident happened in Russia on Friday, December 11.
The country's National Anti-Terrorism Committee said an unidentified person tried to break into an area where police were conducting searches.
The person then triggered the bomb when officers tried to arrest him, the committee said, adding that 'six officers were lightly injured' in the blast.
The unidentified man carrying explosives also died at the scene.
'According to preliminary findings, the man shared the views of extremist groups and the militant underground,' said the source.
The incident was close to the FSB counterintelligence office in the village where a 'clap' was heard.
The attacker had got out of a car and walked up to a group of FSB officers who were conducting a 'criminal intelligence operation'.
'As law-enforcement attempted to arrest the person, he detonated explosives he carried on himself,' said the Russian National Anti-Terrorism Committee.
'Six officers received minor injuries as a result of that, they are receiving medical help.'
One of those hurt was named as Asker Abdurazakov, deputy head of the department of the forensic centre at the Interior Ministry in the region.
Authorities are trying to establish the identity of the assailant, reports said.
According to the Moscow Times, the FSB and NAC said earlier this week they had prevented 41 terrorist attacks so far in 2020.
Top Stories