The police officer who arrested Thompson at the home said the teenager was “extremely calm and composed” and “seemed to be more concerned about his cat”. 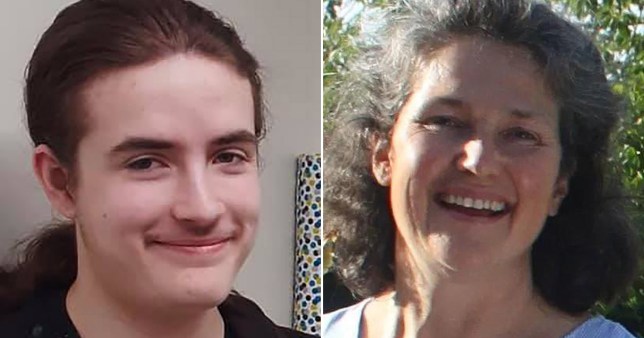 The boy actually attacked and killed his mum Joanna Thompson at her home in Hampshire.

The teenager strangled his 50-year-old mother in her living room shortly after they returned from a morning jog and around 10 or 15 minutes later, returned to brutally stab her 38 times to the forehead, 64 times to the neck, and 16 times to the arm.

At 12.45pm on 1 July last year, Rowan phoned the police and announced: “I’ve just killed my mum … I strangled her and I’ve been stabbing her with various knives and whatnot.”

The police officer who arrested Thompson at the home said the teenager was “extremely calm and composed” and “seemed to be more concerned about his cat”.

In October, the teenager who studied at the £16,000 a year Churcher’s College in Petersfield, Hants was found dead.

Rowan was due to stand trial at Winchester crown court in October but was found dead at a secure hospital in Greater Manchester four days before.

Police said the death was not suspicious.

An inquest into the death of speech therapist Mrs Thompson heard that her son had been visiting her for the weekend, having recently moved to live with his father Marc Thompson who is a magician in Barnsley, South Yorks.

Mr Thompson said Rowan was “troubled” and had been failed by the system. He said Rowan had loved Ms Thompson “to bits” and knew the attack was wrong.

Speaking outside court, Rowan’s father, Marc, claimed more could have been done for the teenager during stays at two mental health units before the attack. He said Rowan identified as non-binary but was placed into a unit that segregated boys and girls.

Before the attack, Rowan was never aggressive, liked fencing, climbing, the Rubik’s Cube and wanted to become an architect, Mr Thompson added.

He said: “It’s a case of a troubled young man who was struggling and has been failed. What he did tore him apart, he loved his mum to bits. He knew what happened was wrong, he couldn’t remember it to his dying day but he knew it was wrong.”

It was heard Thompson and his mother had “stressful” conversations about his living arrangements on the night before her death and he felt she was “controlling and over-bearing”.

Thompson, who had changed his name from Ben after declaring he had “no gender”, had previously been admitted to mental health hospitals following a suicide attempt and suffered depressive bouts.

His shocking 999 call was played in court and they could be heard saying:

“I’ve just killed my mum. I need someone to arrest me as that’s what you do and an ambulance would be nice. I strangled her and I’ve been stabbing her with various knives and whatnot. She’s not breathing … bring a body-bag or whatever you do. I’m 99.9% sure she’s not breathing.”

He also told the 999 operator he “put the knives in the dishwasher just in case”.

After he was arrested on suspicion of murder, he told police “think it’s a bit more than suspicion”.

Dr Basil Purdue, a pathologist, concluded that although Ms Thompson was unconscious, her heart was still beating when Rowan stabbed her 118 times.

Dr John Sandford, a psychiatrist, said Rowan had minor autism but added there was nothing to suggest the teenager was suffering from “abnormal mental functioning”.

But Mr Thompson claimed two other psychiatrists had “opposing views” and believed the teenager was “mentally incapacitated”.

An inquest into Rowan’s death is expected to be held next year in Greater Manchester.