The federal government has given an update as it revealed when Third Mainland Bridge will be opened. 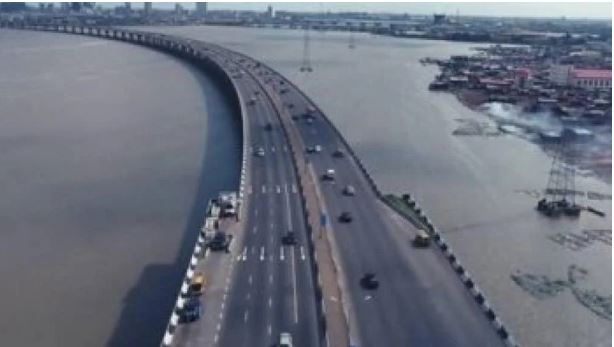 Third Mainland Bridge
The government of Nigeria has lifted the order shutting down Third Mainland Bridge.
Mr Olukayode Popoola, the Federal Controller of Works Lagos State revealed this when he told the News Agency of Nigeria that the shutting down of Third Mainland Bridge would be lifted at midnight 24 hours ahead of schedule.
Popoola told the News Agency of Nigeria (NAN) on Sunday in Lagos that the total shutdown had to be lifted because the contractor was able to fast track the delicate task they needed to execute.
He explained that the initially scheduled 72 hours timeframe was achieved within 48 hours, hence the reopening to traffic 24 hours ahead of schedule.
“We have completed the casting of the three number expansion joints on the Third Mainland Bridge.
“Therefore, the bridge shall be opened at 12:00 midnight Sunday, Dec. 27 and no longer Monday, Dec. 28.
“That is 48 hours and no more 72 hours,” Popoola said.
Recall that the controller had on Tuesday, Dec. 22 announced a 72 hours total shutdown of the bridge with effect from midnight on Saturday to midnight Tuesday.
The shutdown was to stop vibrations caused by the movement of vehicles for contractors to cast concrete on additional three expansion joints in the ongoing rehabilitation of the bridge.
Top Stories