A thief has been caught redhanded after he snatched phone and bag from a female victim in Port Harcourt. 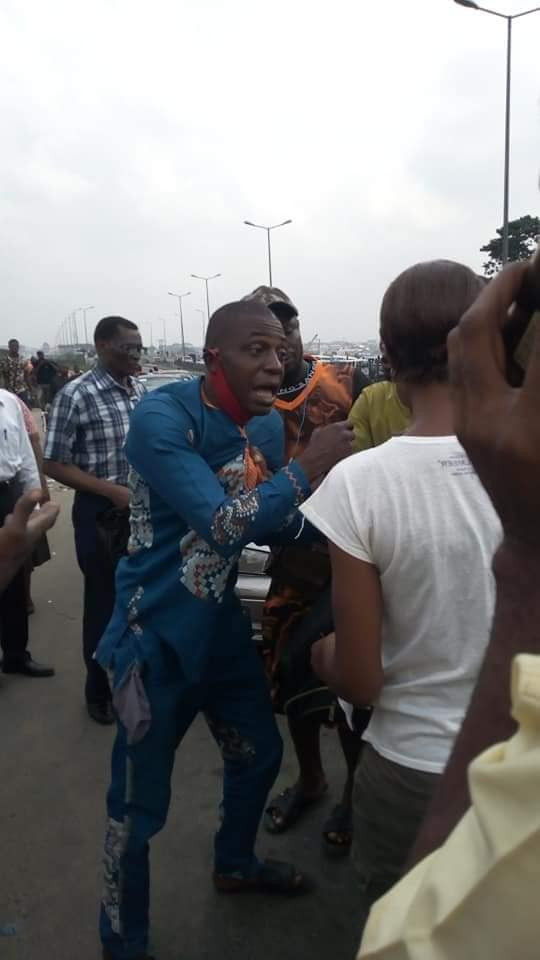 The thief after he was caught
A man who specializes in snatching phones and bags from victims has finally been nabbed.
The unnamed thief was caught in Port Harcourt after he allegedly stole a bag and phone from a woman and a girl who were in the same bus with him.
It was gathered that the incident happened at Slaughter Roundabout , Trans Amadi Industrial Layout on Monday morning, January 18.
According to an eyewitness, the suspected thief was later freed after the stolen items were recovered from him. 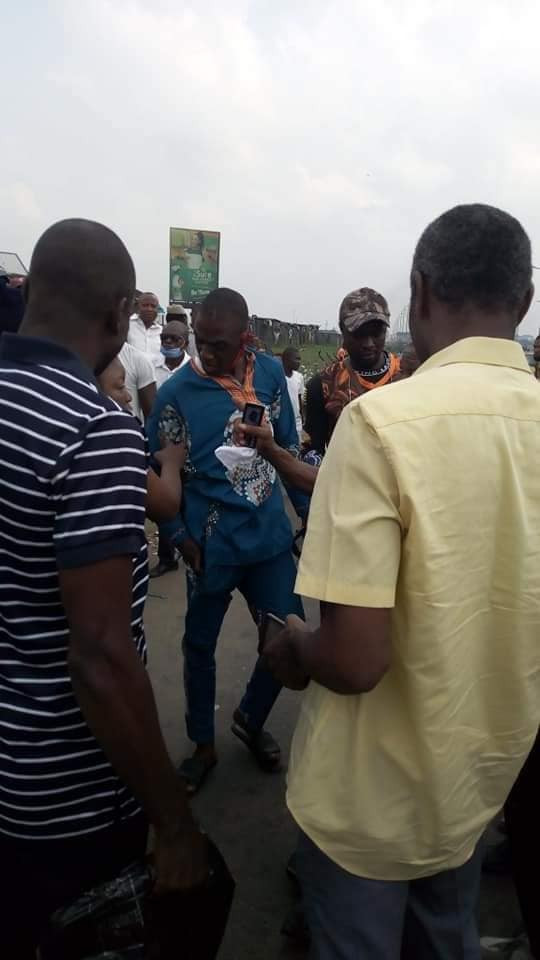