It took five days to retrieve 12 capsules containing a gram of cocaine each from Pius' body after he was arrested. 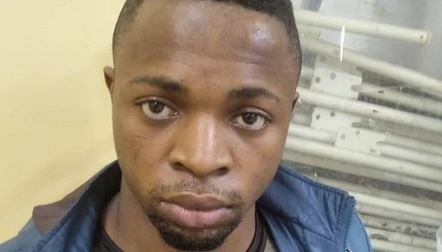 A Nigerian man identified as Ifeanyichukwu Pius who swallowed 12 pellets of cocaine after he was apprehended by the Narcotics Control Bureau (NCB) in Mumbai, has purged the drugs at a hospital on Monday, January 18.

The accused was arrested from outside a prominent five-star hotel in Mumbai's Juhu area based on a tip off received during the interrogation of another suspect.

Ifeanyichukwu swallowed the capsules containing 12 gm cocaine as NCB officials started frisking him. He was rushed to the JJ hospital where a CT scan and X-ray was conducted to confirm the presence of contraband.

Doctors at the JJ Hospital initiated the process of purging the pellets without wasting any time since the bursting of contraband could prove fatal for the Nigerian national.

Officials with the NCB had to stand guard for the five days it took doctors to retrieve 12 capsules or pellets containing a gram of cocaine each from Pius' body.

“This is the first kind of case where a peddler is carrying drugs in his mouth and distributing them," NCB Zonal Director, Sameer Wankhede, said in a statement on Monday, January 18, after his discharge.

“He was roaming around a five-star hotel at Juhu for the delivery of cocaine as per an input received by us. When the NCB team approached the Nigerian national to nab him with contraband, the peddler swallowed the cocaine pellets,” the statement said.

"The said cocaine was concealed in plastic pellets weighing approximately 1 gram each. The team immediately nabbed the peddler and took him for X-ray and CT Scan at Sir JJ Hospital. The medical examination confirmed the existence of such pallets in his abdominal area. Immediately, he was placed under medical supervision and he subsequently purged 12 capsule/pallets. He was discharged from the hospital on Monday,"

"Further investigation is in progress to identify other associates and suppliers of Pius." the statement added.