The claim that Cristiano Ronaldo is now the player with the All-time goalscoring record has been contested by the Czech football federation. 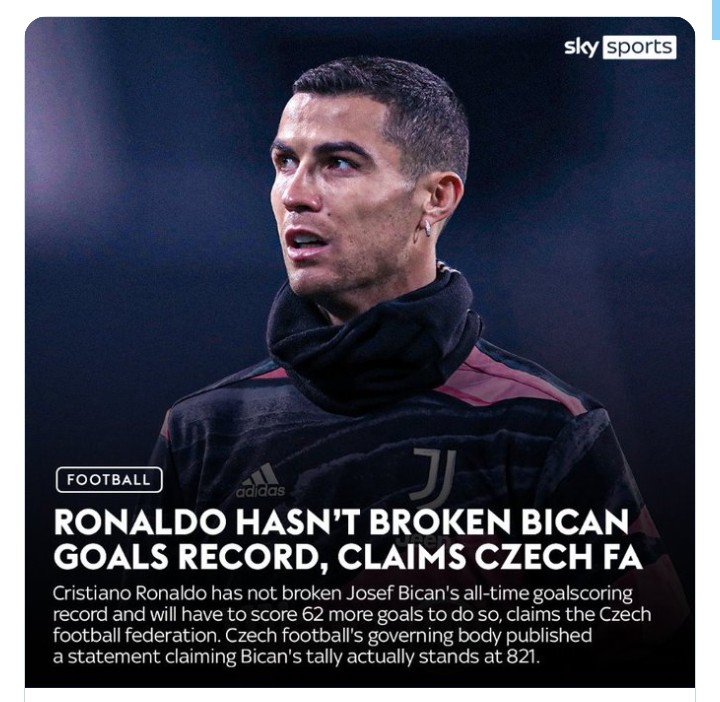 Ronaldo
The Czech football federation has disputed reports that Cristiano Ronaldo now holds the all-time goalscoring record, surpassing the official holder, Josef Bican.
Recall that Cristiano Ronaldo scored 760th career goal in Juventus' 2-0 win over Napoli in the Italian Super Cup on Wednesday, seemingly breaking Josef Bican's all-time goalscoring record for club and country.
However, the Czech football federation claims Bican scored 821 official goals and not 760
On Wednesday, Ronaldo scored his 760th official goal for club and country in Juventus' 2-0 win over Napoli in the Italian Super Cup, seemingly surpassing the Czech great's record tally of 759 (as recorded by Opta).
However, Czech football's governing body published a statement claiming Bican's tally actually stands at 821, meaning Ronaldo would have to score 62 more goals to become the top goalscorer in football history.
"The History and Statistics committee of the Czech FA counted all the goals scored by the legendary Josef Bican and we can declare he scored 821 goals in official matches," a tweet by the Czech football federation's said. 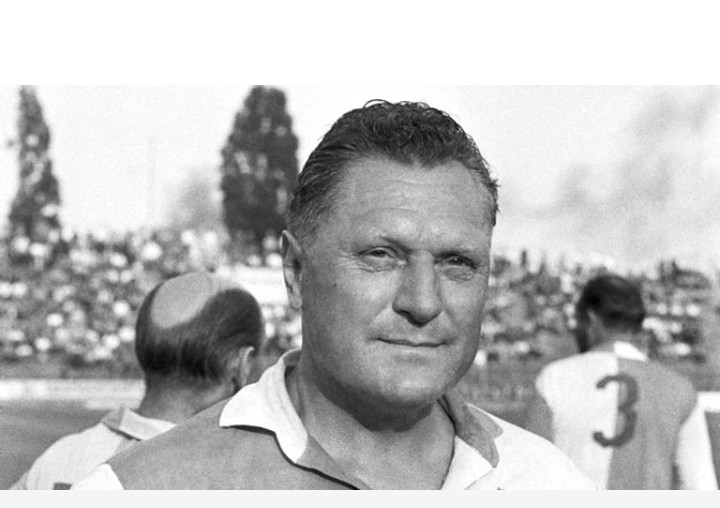 Bican
In a lengthy statement posted on the Czech football federation's website, it is claimed 821 is the "most accurate number possible" when it comes to counting how many goals Bican scored throughout his career.
Josef Bican, former Czechoslovak and Slavia Prague player, is claimed to have scored 821 official goals
"Goals from matches in the first and second leagues, national cups, the Central European Cup and national team selections are included. On the contrary, friendly matches are not included in the statistics, with the exception of the national team.
Top Stories