The state Commissioner of Police asked the Department of Security Services to produce the DSS officers allegedly involved in the police officer’s killing. 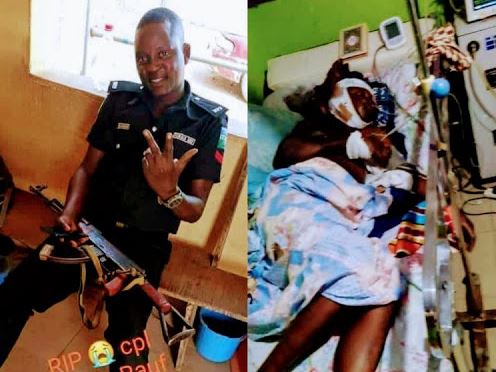 The Department of State Services has started an investigation into the alleged killing of Rauf Fawale, a police officer in Osun State.

It was reported that corporal Fawale, a father of three attached to the Estate Police Division in Osogbo, on Sunday, January 24, 2021, died at a private hospital in Osogbo.

He sustained a head injury after being attacked by three DSS men around Oke Fia.

The Osun State Police Command had said an operative of the Department of State Services, David Olowoporoku, and two others are perpetrators of the alleged attack on the cop.

The state Commissioner of Police, Mr Wale Olokode, had asked the Department of Security Services, Osun Command, to produce the DSS officers allegedly involved in the police officer’s killing.

In a statement titled, ‘Alleged attack on police corporal by DSS personnel in Osun State, DSS’ spokesperson, Peter Afunanya, said the agency would not condone any acts of indiscipline.

Part of the statement read, “The attention of the Department of State Services (DSS) has been drawn to the incident that led to the death of a Police Corporal in Osun State. Consequently, the Service and the Police are jointly investigating the matter.

“The public should rest assured that it will not condone any acts of indiscipline or injustice. It, therefore, calls on the media and other stakeholders to exercise patience and await the outcome of the investigations.”