Shell has been given an order by a court in the Netherlands to pay compensation to farmers for polluting the Niger Delta. 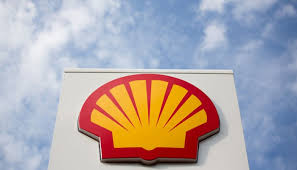 Shell
Four Nigerian farmers have defeated Shell in court.
This comes after a Dutch court ordered Shell to pay compensation over oil spills in Nigeria’s Niger Delta in a ruling which could pave the way for more cases against the multinational oil firm.
According to Agence France Presse (AFP), the Court of Appeal in The Hague on Friday ruled that the British-Dutch company, which is headquartered in the Netherlands, must issue payouts over a long-running civil case involving four Nigerian farmers seeking compensation, and a cleanup, from the company over pollution caused by leaking oil pipelines.
“Shell Nigeria is sentenced to compensate farmers for damages,” the court said, adding that parent company Royal Dutch Shell was also liable to install equipment to prevent future damage.
The case was brought in 2008 by the farmers and the campaign group Friends of the Earth, who were seeking reparations for lost income from contaminated land and waterways in the Niger Delta region, the heart of the Nigerian oil industry.
The spills concerned were between 2004 and 2007, but pollution from leaking oil pipelines remains a major problem in the Niger Delta.
Shell argued that saboteurs were responsible for leaks in underground oil pipes that have polluted the delta. The company also argued that it should not be held legally responsible in the Netherlands for the actions of a foreign subsidiary.
Top Stories