2023: Any Nigerian Above 50 years Seeking Presidency Should Forget It – Arewa Youths


The Arewa youths noted that the aged ones had completely failed the country since they took over governance from the founding fathers and had brought perpetual hardship of all kinds to Nigerians. 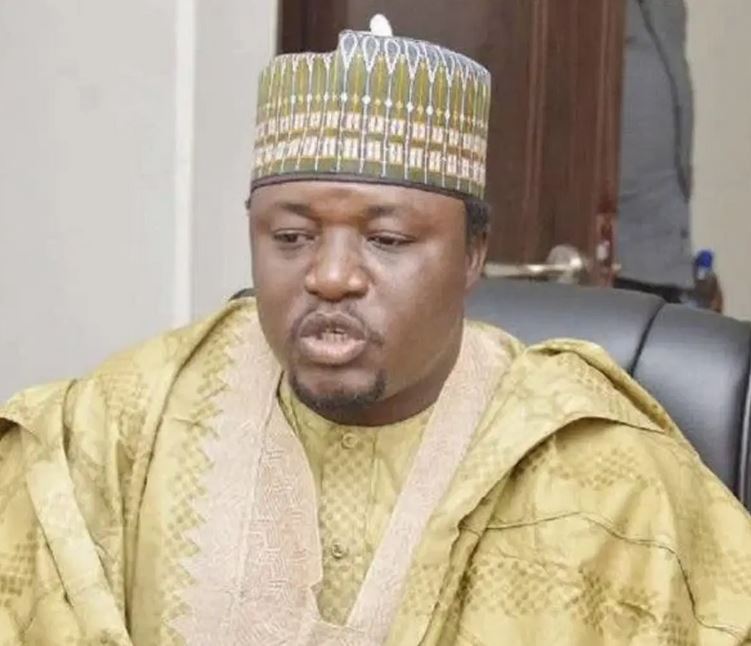 Alh. Yerima Shettima, the President, Arewa Youth Consultative Forum, AYCF, has stated that any Presidential aspirant above the age of 50 should completely shelve the idea .

He noted that the aged ones had completely failed the country since they took over governance from the founding fathers and had brought perpetual hardship of all kinds to Nigerians.

He said today, “we refused to harness our human and natural resources and put them on the right track for us to be very productive, rather, we only count on number every day on one story or the other.

“It is sad and unfortunate today that this country is where it is today despite the fact that some of us are willing to cope with the situation and move it forward no matter what.

“What they succeeded in doing is to balkanize and cause more divisions among us the present generation. It is either you are caught in an issue of religion or tribe and over and over, this has continued.”

Speaking to DAILY POST in Kaduna, Shettima, explained, “What we are doing now as youths of this country is to form synergy, build capacity before the next elections to ensure that never again will we allow anyone that is not our contemporary to occupy any political space, we won’t do that and that is what we are doing now.

“The youths are set for 2023. Recent happenings in the country have shown that we have the capacity and that is a clear demonstration of ENDSARS, it happens just within a small place and if you could see how it exposed a lot of weakness on the part of the federal government, we don’t intend to go through that process of ENDSARS where there were casualties of lives and properties.

No, we are going to be very objective, we will demand through political process, through the ballot paper, through our voters Cards, we will mobilize our generation, never again will we put somebody at the helm of affairs that is above 50 years.”

Shettima lamented that the older ones in the country, who got everything on a platter of gold “are still not ready to relinquish power to the present generation”, stressing that, “We expect them to set the pace, to put the present generation on the right track so that at the end of the day, side by side, work with them and move the country forward.

“They refused and still maintained the status-quo and that is why often times when a new team comes up, because of their mindset, they are not thinking towards moving Nigerians to higher standards.”

On the insecurity of the country, he observed that it would not be good for someone to preempt the impact of the new service Chiefs, saying, “We should look at the source of the problem before looking at the solution. To change the service Chiefs is not enough to solve the security challenges in the country.

“There is need to overhaul the entire security network in the country. It has to be a thing of side by side with the communities so that together we can have confidence on the security agents, because it requires a lot to build that confidence.

“Overtime, that confidence has been abused by the various sectors of the security, it requires inclusiveness of the members of the society side by side with the security agents so that we can do it through intelligence gathering, because we are faced with issues of kidnapping, Boko Haram, banditry and other social vices in the country.

“So it is not a natural conventional approach that we always see, this one is a different methodology and so to that extent, the government must be seen to provide all the necessary equipment for the security to be able to succeed, that is, to counter what their enemies are carrying.”

“There is no way why anybody should take the law into his or her hand. The government should be seen doing the right thing so that the people will also sit up to do the right thing.”

Speaking on farmers/herdsmen clashes in the country, Shettima noted that the federal government needed to be serious to ensure that only modernized style of grazing was done to avoid any clash between the farmers and the herdsmen in any part of the country.