Some men alleged to be internet fraudsters have taken over Ilesha/Osogbo road protesting against the anti-graft agency. 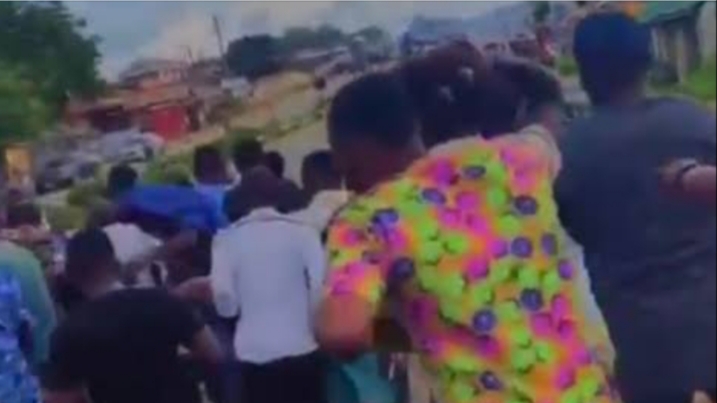 Suspected internet fraudsters protesting against EFCC
Many persons supected to be internet fraudsters are currently protesting against the Economic and Financial Crimes Commissoin.
The suspected internet fraudsters known as ‘Yahoo boys’ on Tuesday morning stormed Ilesha/Osogbo road, Osun State, to protest alleging incessant arrest by operatives of EFCC.
The Nation gathered that they went on a rampage by making bonfires on the major road and blocked the Osogbo/Ilesa road.
The protest action rendered motorists using the road to be stranded as no vehicle was allowed to pass.
The protesters alleged that the EFCC operatives in recent time arrested some of their colleagues in hotels.
The spokesperson of Nigeria Civil Defence Corps, Osun Command, Daniel Adigun confirmed the protest to TheNation.
Details Shortly..
Top Stories