The missing girls left their home to an unknown destination and have not been seen since then. 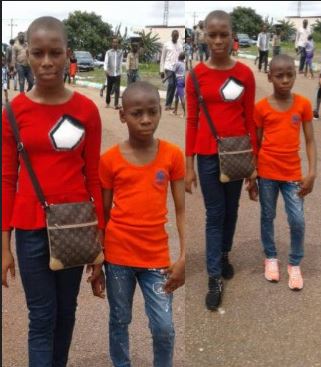 Two siblings identified as Precious Chukwuemeka, 17, and Mmesoma Chukwuemeka, 12, have been declared missing by the Anambra state police command.

Haruna Mohammed, who is the spokesperson of the state police command, said in a statement released that on February 4, a case of missing persons was reported at CPS Awka by one Ukamaka  Anunobi of NO.7 Emeka Chukwura Street Amikwo Awka.

Haruna said Ukamaka told the police that the missing persons who are her stepdaughters, left the house to an unknown destination and have not returned home.

The police spokesperson said efforts are being made to find the missing children.

''They are fair in complexion. One is about 5ft tall while the other is 3 and half feet tall without a tribal mark. The Command implores members of the Public with useful information about the children's whereabout to report at the nearest Police Station or through the following Police emergency number 07039194332.'' the statement read in part.