Some suspected yahoo boys have been apprehended by operatives of the Economic and Financial Crimes Commission in Benin. 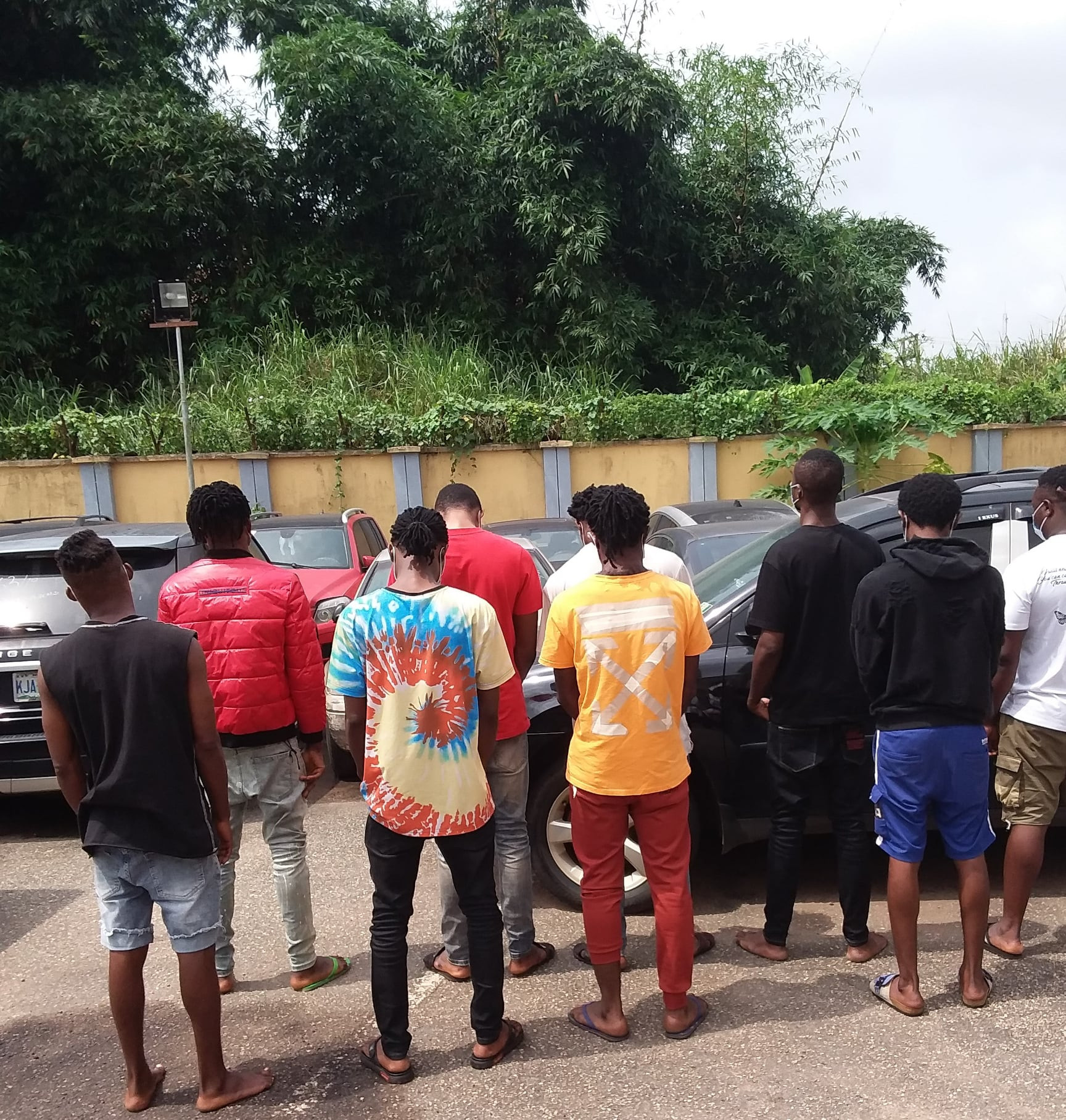 Yahoo boys arrested in Benin
The Economic and Financial Crimes Commission has arrested and paraded nine suspected internet fraudsters in Benin.
The raid was carried out by the EFCC, Benin Zonal Office.
The agency said the suspects were arrested on Tuesday, February 9, 2021,  following intelligence received by the Commission.
The suspects arrested are; Okosun Godspower, Imo Harry Hamilton, Efosa Desmond, Odiase Aifuwa, Idoko Onakpa, Dogìo Samson, Okukoje Godstime, Onuigbo Julius, and Osamulu Sunday.
Items recovered from them include laptop computers, mobile phones, a Toyota Camry car, and a Luxus Jeep.
According to EFCC, the suspects have made useful statements and will be charged to court as soon as investigations are completed.
Top Stories