Oh No!! Child's Scalp Decaying After Her Aunt Poured Kerosene On Her Head (Video)


The underaged girl is in pain as the inhumane treatment was meted out to her by her aunt. 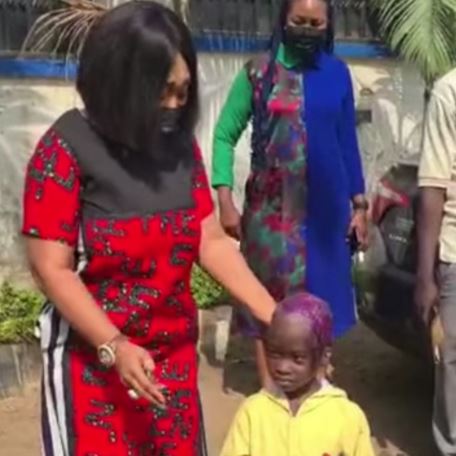 A 6-year-old girl whose scalp was doused with kerosene by her aunt is in severe pain.

The child whose name has been given as Rachael John was reportedly abused by her dad's sister.

Alice Sunday John, the child's mother, said her sister-in-law poured kerosene on her child to "show her".

Actress Hilda Dokubo shared a video of the child and called for government intervention. 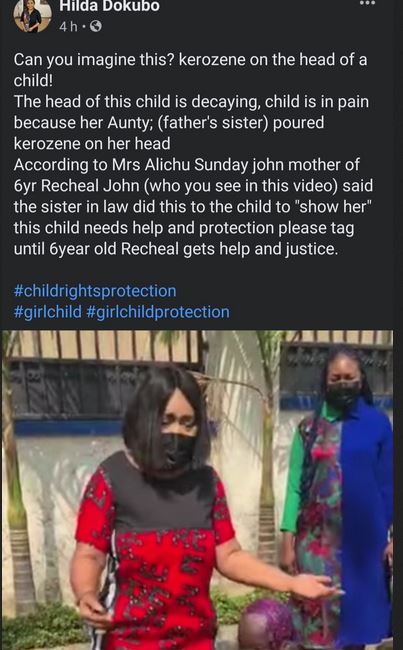