“I Am Not Going for DNA Test, He Is Your Son" - Woman Tells Babydaddy (Video)


A woman whose lover demanded for DNA test on their son has vowed that she will never allow that to happen. 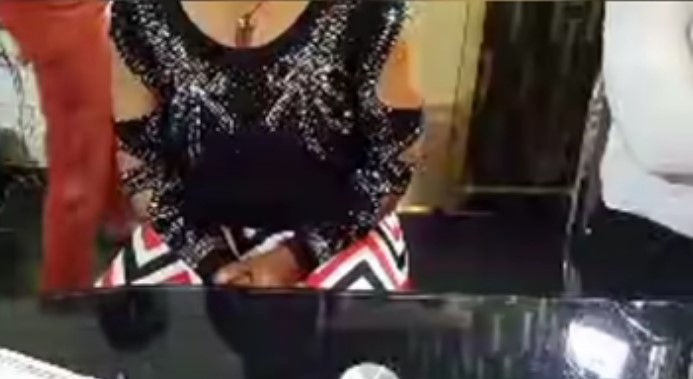 The woman insisted that the child belongs to her lover
A woman has insisted that she will not allow her lover take their son for DNA test.
The woman identified as Chinyere swore that the child belongs to her lover, but said she will not allow him take their child for DNA test.
The drama started after the man accused Chinyere of paternity fraud as he expressed suspicion that he may not be the biological father of their child.
The man subsequently demanded DNA test on their son. But the woman has adamantly refused to carry out the test saying that she is certain that he is the father.
The duo visited a counsellor to settle the issue and the video which is currently making rounds on social media was filmed in the counsellor’s office.
During the session, the woman narrated how she was double dating her alleged baby daddy with another man.
Shortly afterwards, she discovered that she was pregnant and dumped the other guy even though he had intentions to marry her.
She presented the child to the current man as his, but years down the line, the alleged baby father worried that the boy is not his and demanded a DNA test to prove that he is truly the biological father.
From the video, it appears that they are not legally married because the man is married to another woman. Chinyere suspects that his wife is the driving force behind his sudden need for a DNA test.
All efforts to convince the woman to succumb to the demands of her son’s father proved futile. The counsellor further threatened to contact the police and get her arrested because the man has legal right to conduct a DNA test.
Watch the video below:
Top Stories