A 29-year-old woman has shocked family and friends after marrying a man old enough to be her father. 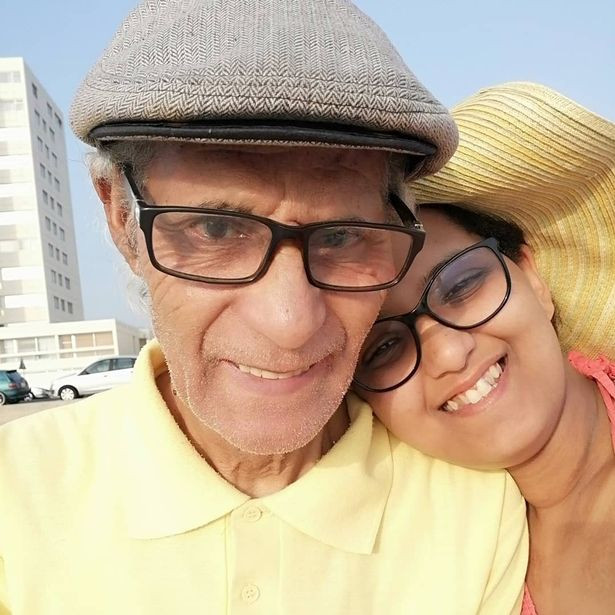 80-year-old Wilson and his 29-year-old wife, Terzel
A woman has opened up on why she got married to a man old enough to be her father.
Terzel Rasmus, 29 said she fell madly in love that was why she married 80-year-old Wilson Rasmus in 2016 after meeting at a local newspaper event.
This is despite him having grandchildren the same age as her.
The law student says they had a mutual attraction for one another and began dating immediately, with Wilson keen to have a younger wife to look after him in his old age.
Terzel says she enjoys the benefits of her husband’s wisdom and life experience. She says he is a “very attentive” lover.
Her mother and late father gave their stamp of approval after the relationship began and they were married the following year in a small ceremony, with Wilson’s eldest daughter, 56, as the witness.
The couple live together in Cape Town in South Africa, with the husband financially supporting his wife’s studies.
“Wilson quite literally walked into my life,” Terzel said.
“We met at a local newspaper dance where I was the journalist on duty, so I was taking photos for the event.
“When I was done working I settled into the evening to enjoy the dancing and Wilson walked across the dancefloor to where I was sitting and asked if he could sit by me.
“He noticed I was alone and thought the two of us could share company.
“The truth, which came out later, was that he had noticed me before the event started and wanted to get to know me.
“When he established I was on my own, he plucked up the courage to come over and speak to me.
“I said yes and the rest is history – we haven’t parted since.”
Terzel immediately felt at home with Wilson, who is 24 years older than her mother, and said there was a “definite spark” between them.
After swapping numbers, she invited him to a press event the following day, and then for coffee the day after that it became clear they were an item.
She said: “That was that, we were in a relationship without really stating it officially. 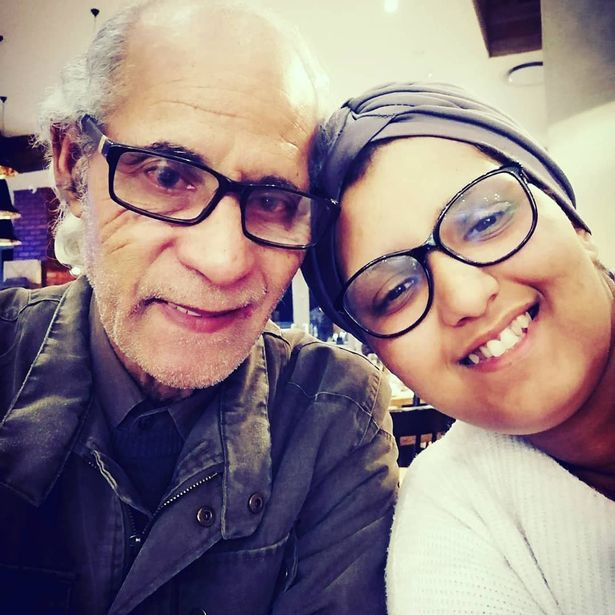 “This is my first long-term relationship and I never considered being in a serious relationship until I met Wilson.
“Three months after we met, I knew I wanted to marry him.
“Wilson was married before and that was his first relationship.
“His late first wife Nelly died in 2002 from cancer and after that he didn't date other women.”
Rather than being put off by the vast difference in their ages, the two believe they complement each other.
The couple's only major issue is that Terzel often has to explain how technology works to her husband.
Wilson said: “I have never thought of myself as an old person and this has kept me healthy and vibrant – being with Terzel also helps me think and feel this way.
“To marry a younger person is better than to marry someone more or less my age, because we will both be old together and that does not help me as the older person.
“I like the fact that Terzel will be there to look after me in my old age.”
Unlike many other couples with significant age gaps, the duo were both immediately welcomed into the fold by their extended families.
Terzel said: “My parents love Wilson and my father was impressed with what he could offer me as a partner and always wanted me to be with a man who is level-headed and could look after me.
“Wilson’s daughters were welcoming and warm towards me and treated me on equal grounds, despite me being half their age.
“We have a friendly relationship and there is no bitterness or resentment towards me.
“They know their father is happy and not alone anymore – that is all that should matter in the end.”
The couple said people often stare and mistake them for father and daughter.
People have been even more vocal online, with one person calling Terzel a “gold-digger” - and worse. 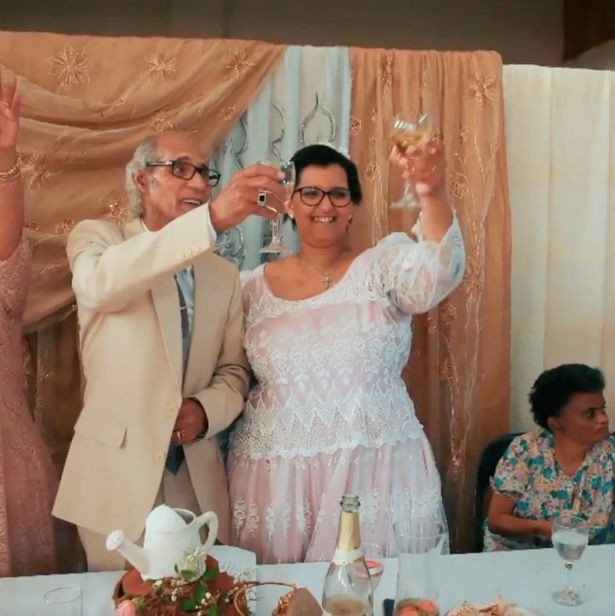 The student said: “The slut-shaming was particularly hurtful because what Wilson and I feel for each other is raw and beautiful.
“I almost felt like this person was defiling our relationship.”
The couple have since moved on from the incident and are focusing instead on their future together, which involves Terzel's plans to become a magistrate or judge.
She said: “My hopes and dreams are our hopes and dreams.
“Wilson would love to be there when I take the bench one day and wants to see me succeed and reach my potential – and be by my side through all of it.”
For Terzel, one benefit of their age gap is her not having to play the role of stepmother.
She added: “Luckily for me, Wilson’s children are grown so I don’t have to deal with young children and his grandchildren are more or less my age so that is also not something I have to involve myself greatly in.
“We don’t plan to have children of our own; although if we have a happy accident, then so be it."
Top Stories