Kelechi Iheanacho has finally joined other players in Lagos ahead of their game with the Benin Republic. 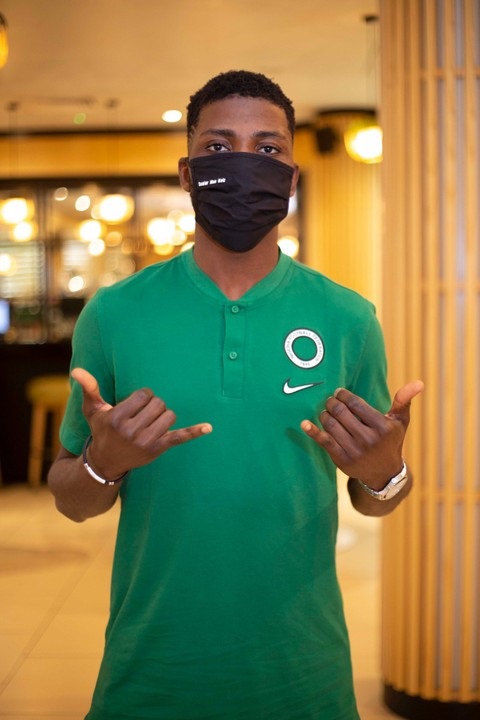 Kelechi Iheanacho
Leicester City star, Kelechi Iheanacho has arrived the Super Eagles camp ahead of their game with Benin Republic.
He is among over 20 players now in camp namely: Musa, Troost-Ekong, Aina, Ajayi, Onyekuru, Etebor, Adeleke, Awaziem, Shehu, Iwuala, Noble, Iwobi, Balogun, Aribo, Ebuehi, Maduka, Collins, Onuachu, Uzoho, Sanusi, Ndidi, Chukwueze, Osimhen, Iheanacho
The Super Eagles are camping at the Eko Hotels, Victoria Island, Lagos.
They play Benin Republic on March 27 in Porto Novo, before hosting Lesotho three days later at the Teslim Balogun Stadium, Lagos.
Nigeria lead Group L table of the qualifiers with eight points and at least a point from both games would seal their place at the Africa Cup of Nations in Cameroon next year.
Sharing the photo on Twitter, @NGSuperEagles wrote:
Na me be dis! @67Kelechi in.
#SoarSuperEagles
#Team9jaStrong