The rapper was said to be returning home from a birthday party in the company of his friends when the incident occurred. 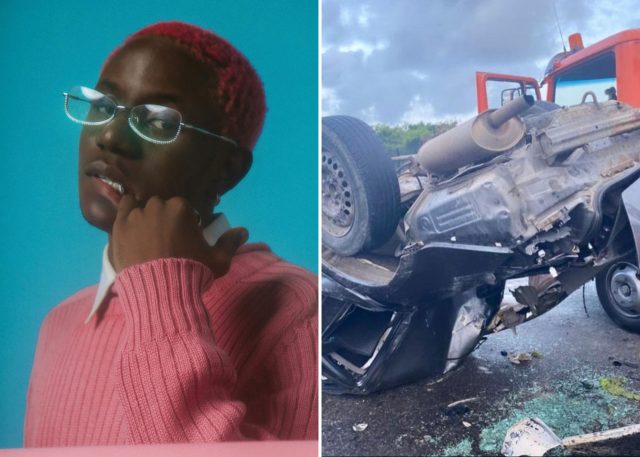 Anthony Victor, a rising music star, also known as Victony, is set to undergo major surgery after he was involved in a ghastly car accident early Monday morning.

The rapper was said to be returning home from a birthday party in the company of his friends when the incident occurred.

Using the hashtag #PrayForVictony, several Nigerians have taken to Twitter to wish the singer a successful surgery and quick recovery.

A talent manager, Dafe, via his Twitter handle @_thedafe, broke the news to the public. He tweeted, “Yesterday at the early hours of the morning, @vict0ny was involved in a fatal accident which claimed Doyin’s life and left 3 others. #PrayForVictony.

Several A-list artistes have taken to their Twitter accounts to pray for the rising rap artiste, wishing him a speedy recovery.

Iconic rap artiste, MI, via his handle @MI_Abaga, tweeted that he is sad about the news. He said, “Saddened by the news about @vict0ny. My best wishes are with him during this time. He is a fighter and he will make it through.”

Many other celebrities have taken to their Twitter pages to pray for the budding artiste.

The musician, also known by fans as the Outlaw King, had last year released ‘Saturn’, his debut extended play (EP).