Seyi Shay was seen in a swimsuit dancing to Tiwa Savage’s hit song after their altercation. 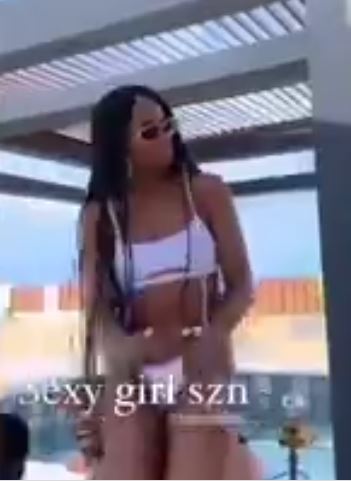 Seyi Shay has been spotted in a recent video dancing to Tiwa Savage’s song “Koroba” days after they confronted each other at a salon.

Recall that last week, Tiwa confronted Seyi Shay in a salon after she approached and greet her.

According to Tiwa, she has not forgotten how Seyi and Victoria Kimani shaded her in Kizz Daniel’s “F*ck You challenge.” The altercation led to the ladies cursing each other out in the salon.

However, Seyi seems to be unbothered after she was trolled on social media following the viral video as the singer is seen in a swimsuit dancing to Tiwa Savage’s hit song “Koroba”.