One of them, said to be in his early 40s and identified simply as Stephen, was reported to be sleeping with a young man in the toilet when they were caught. 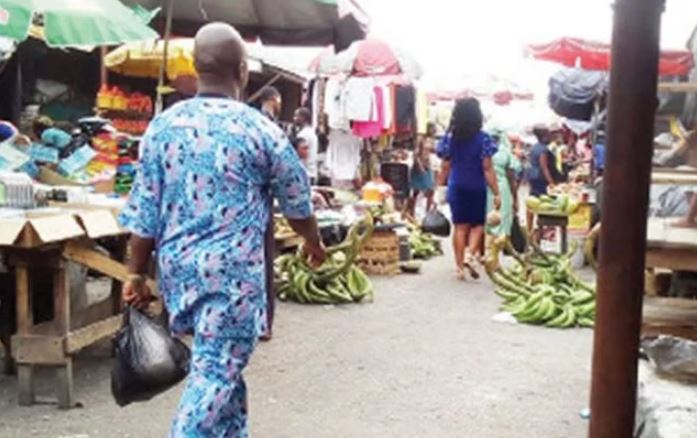 In what will come across as a really startling development, two persons who are suspected to be homosexuals escaped a mob attack after they were allegedly caught having intercourse in a public toilet in Rivers.

They were caught having intercourse at the Mile Three Park, Port Harcourt, Rivers State.

One of them, said to be in his early 40s and identified simply as Stephen, was reported to be sleeping with a young man in the toilet when they were caught.

The incident stirred anger among workers at the park, who reportedly wanted to descend on them.

The commotion was said to have attracted policemen from the Nkpolu divisional headquarters, who rescued the suspects.

The attendant of the public toilet, Mr Vitalis Andrew, recalled that Stephen and his alleged partner paid him money to use two different toilet rooms, but another customer, who was using one of the toilets, heard loud moaning and suspected something was fishy.

Andrew noted that the customer climbed the wall separating the two toilet rooms and saw Stephen having intercourse with his partner.

He said the two men after realising that they had been caught took to their heels.

The attendant said, “This morning, one guy paid me to use the toilet, unknown to me that the person who stood by him was his sexual partner. The man entered, followed by his partner, and some minutes afterward, we started to hear loud moaning.

“When we peeped, we saw both of them making out. But before we could raise the alarm, they had run away. So, I went to where his (Stephen’s) car was parked and I could not find him. So, I called my Oga and he instructed me to find him and hold on. We have handed the man over to the police.”

The Manager of the public toilet, Mr Chamberline Dappa, said he called the police who came and rescued the suspect from the mob.

Dappa explained that he went with the police to the station and made a statement on what transpired in his facility.

He said, “This morning, I was coming from the house when my second called me that they caught somebody sleeping with his fellow man inside the public toilet, so I asked them to hold on until I come.

“Before I arrived at the place, the second person had run away. As I came in, I saw a crowd; all of them were eager to beat the man and I asked them not to. When I saw the situation and noticed that the crowd wanted to overpower me, I called the police.

“The police arrested him and we went to the station, where I made a statement. They asked me to present the eyewitness that saw them.

“I went to the man’s shop, but he was not there, so I reported back to the police to tell them that at 11am, I would provide the witness.”

The state Police Public Relations Officer, Nnamdi Omoni, confirmed the incident to our correspondent, adding that both suspects were in custody.

“I have interviewed them this afternoon and the suspects are with us. We are still investigating.

“We have yet to get in touch with the complainant, but we have witnesses who caught them in the act and have made useful statements to us,” Omoni stated.