Embelakpo was a former aide on Sustainable Development Goals to former Governor Seriake Dickson of Bayelsa State who is currently a Senator representing Bayelsa West in the National Assembly. 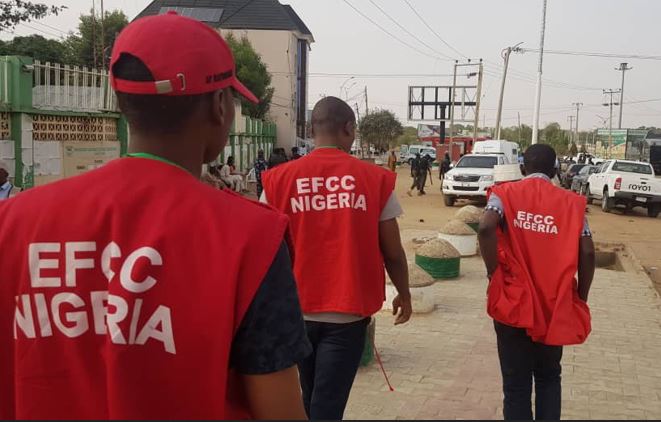 According to a report by SaharaReporters, the Economic and Financial Crimes Commission (EFCC) on Friday arraigned Mr Embelakpo Apere, and his wife, Beauty Apere before a Federal High Court Yenagoa over money laundering allegedly carried out in 2015.

Embelakpo was a former aide on Sustainable Development Goals to former Governor Seriake Dickson of Bayelsa State who is currently a Senator representing Bayelsa West in the National Assembly.

Following an opposition by defense counsel, Andrew Arthur, to the arraignment of Embelakpo, the court could not take his plea. His wife was also arraigned on seven counts but she pleaded not guilty.

Arthur had argued that Embelakpo had been discharged by the court and could not be tried twice for the same offences but the prosecuting counsel, M.T Iko, countered that the discharge was not based on merit of the case.

The trial judge Justice I.H Ndahen adjourned to October 19 for ruling on the arguments.

The EFCC alleged that the funds were proceeds of unlawful acts punishable under the Money Laundering prohibition Act.

The EFCC also charged Beauty for forgery of her medical certificate and birth certificate purported to emanate from the Federal Medical Centre, Yenagoa.

The court granted her bail to the tune of N10million and two sureties in like sum who must have landed property in Yenagoa.

The defendant would be in the custody of the Yenagoa Correctional Service pending meeting her bail condition.

The EFCC urged the court to also adjourn to October 19 to enable the commission to produce witnesses to establish its case.