Aww! Secondary School Friends Get Married To Each Other After 17 years Of Friendship 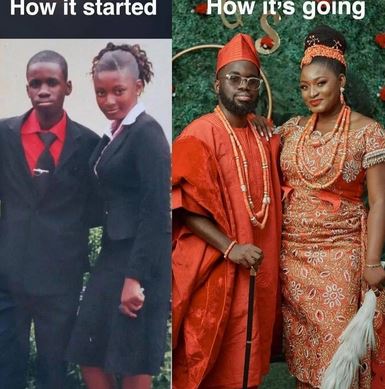 Two love birds who became friends in secondary school have tied the knot after 17 years of friendship.

The bride, Funke Okunrinboye, who is chemical engineer and a biochemist, said she dreamt of marrying her Urhobo husband right from when they were in secondary school and she recalled how she told her friends in secondary school that she had a dream where she was dressed as a Delta bride.

She went on to share photos they both took in 2009 while graduating from secondary school, alongside recent photos taken at their traditional wedding as she narrated their love story.

"You've stayed true, loving me ever since we finished high school," she wrote in the caption. 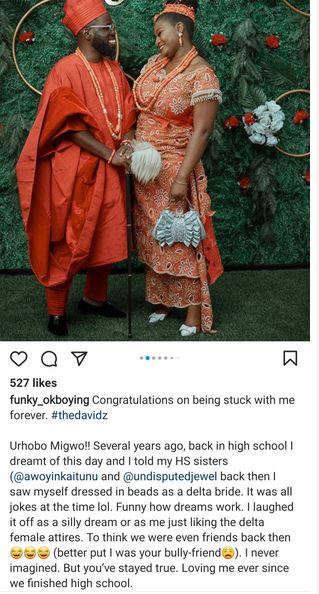 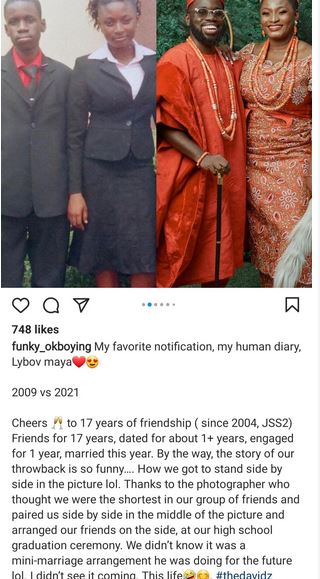