The security operatives apprehended the suspects and also rescued an abducted victim. 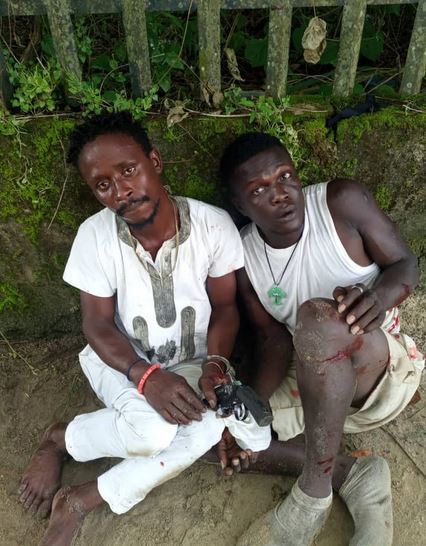 Two suspected armed robbers, two cultists and three illicit drug dealers have been apprehended by the police in Delta.

Spokesperson of the command, DSP Bright Edafe, who disclosed this in a statement on Wednesday, October 20, said that police operatives also rescued a kidnapped victim in Abraka.

"On 16/10/2021 at about 2340hrs A distress caller reported at Abraka Division that at about 1700hrs of same date he gave his lexus car to his friend one Oghenero Iboyitete 'm' of Itagehene Street Abraka and that at about 2300hrs he came out of his gate only to find out that his car engine was on with the doors opened and his friend was no where to be found to be," he stated.

"The DPO Abraka Division detailed operatives who went on intelligence led investigation. The operatives on getting to the scene trailed them to a nearby bush and found a pair of slippers, two mobile phones and t-shirt all belonging to the victim. Trailing of the culprits was intensified which forced the kidnappers to flee abandoning the victim and he was rescued unhurt. Manhunt for the fleeing suspects is ongoing.''

According to the PPRO, a locally made gun were recovered from two suspected armed robbers arrested along Ughelli-Warri road.

"On 18/10/2021 at about 1710hrs, Eagle net patrol teams while on stop and search duty along Ughelli - Warri road in Ughelli intercepted one commercial Vinto car with Reg. No. UGH 14 ND with six occupants

"Two (2) of the occupants one Kelly Ogoja 'm' age 35yrs of Adabrasa community Okpe and Joseph Samuel 'm' age 26yrs of Osubi Community immediately jumped down and ran into a nearby bush. They were chased and arrested and upon searching them, one locally made pistol was recovered from Kelly Ogoja. suspects and exhibit are in custody while investigation is ongoing."

Also, based on credible intelligence, the command Rapid Response team raided a black spot at Ugbuwangue in Warri on October 18 at about 2:pm and arrested three suspects with large quantity of India hemp and other illicit drugs.

"During the raid, three (3) suspects namely Abubakar Usman 'm' aged 30yrs, Ibrahim Sani 'm' aged 28yrs and Mohammed Bello 'm' aged 24yrs were arrested and eleven (11) sachets of tramadol, three (3) bottles of codeine syrup, one (1) sachet of swinol and fifty-four (54) wraps of weeds suspected to be Indian hemp were recovered from them. suspects and exhibits are in custody while investigation is ongoing." the statement read.

In another development, two suspected cultists were arrested on October 15 at about 11pm by patrol team attached to Oghara division.

One of the suspcts identified as Davidson Umukoro, 22, was arrested along Ajagbodudu road in Oghara.

"Suspect who wore red berret and red wrist watch confessed to be a member of vikings confraternity. Also at about 1300hrs the duo of Awe Clever 'm' aged 38yrs and Iwaire Success 'm' aged 22yrs were also arrested under the palm trees close to Patos hotels in Oghara while others escaped into the bush the suspects were wearing their secret cult attire of red caps and customized t-shirt. Efforts are on to arrest the fleeing members of the group." 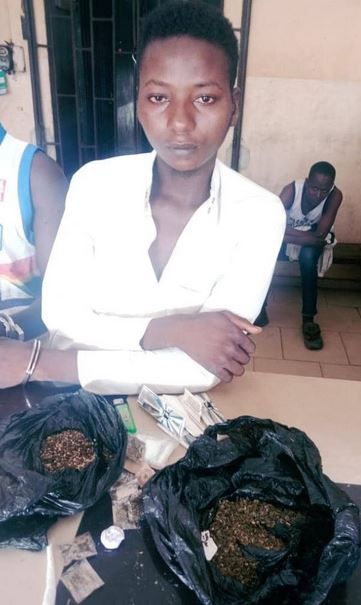 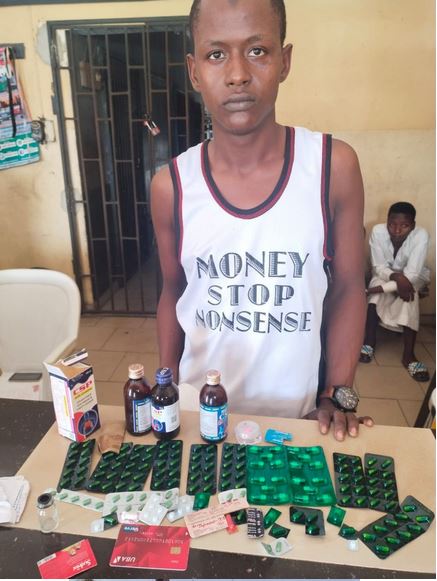 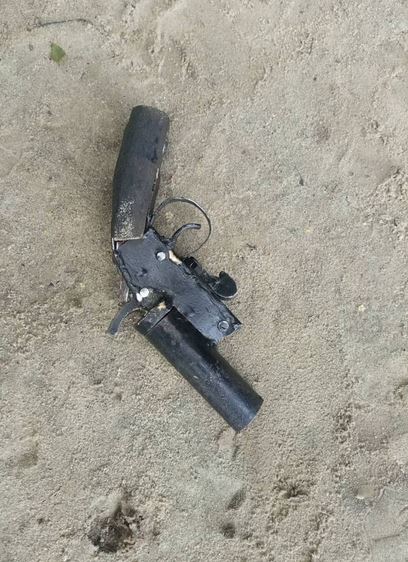 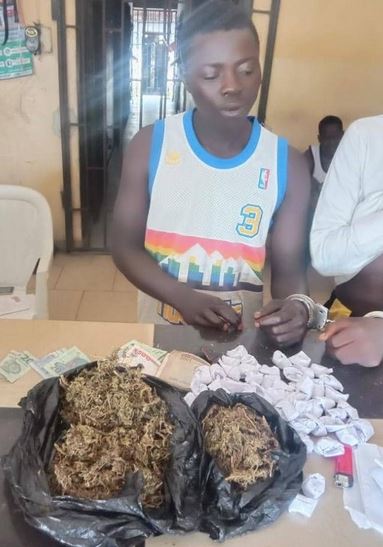 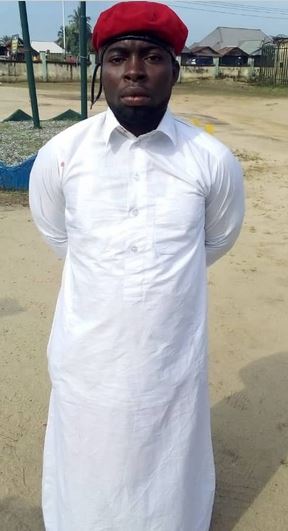