21-year-old Herbert Afaayo was said to have collapsed and died after colliding with a goalkeeper during training on Thursday, January 6. 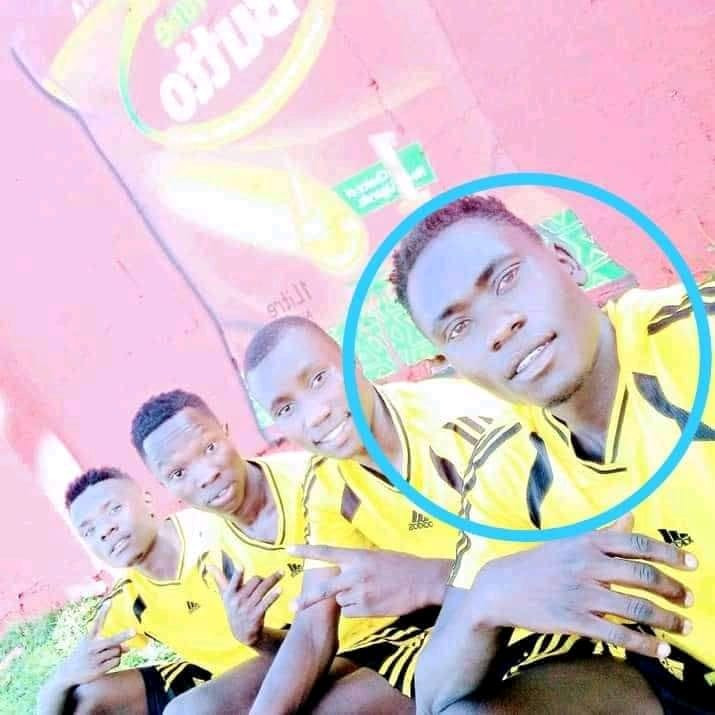 Afaayo circled
A young and promising footballer has died after a collision with a goalkeeper.
The football fraternity in Lugazi Municipality in Buikwe District, Uganda is in shock following the tragic death of their player on the pitch.
21-year-old Herbert Afaayo was said to have collapsed and died after colliding with a goalkeeper during training on Thursday, January 6.
He was training with Lugazi Municipal football club at their makeshift training ground in Geregere, an outskirt of Lugazi town,on Thursday, January 6, when he met his fate.
According to local media, Afaayo was in action trying to chase a ball to score when he accidentally collided with the team’s goalkeeper Geoffrey Leku before collapsing.
The team’s efforts to resuscitate him as first line of first aid failed and their attempt to rush him to hospital were too late.
"He [Afaayo] was running fast with the ball before colliding with the goalkeeper and collapsing on the pitch,” the team’s head coach, Daniel Segawa told Daily Monitor Uganda on Friday morning. 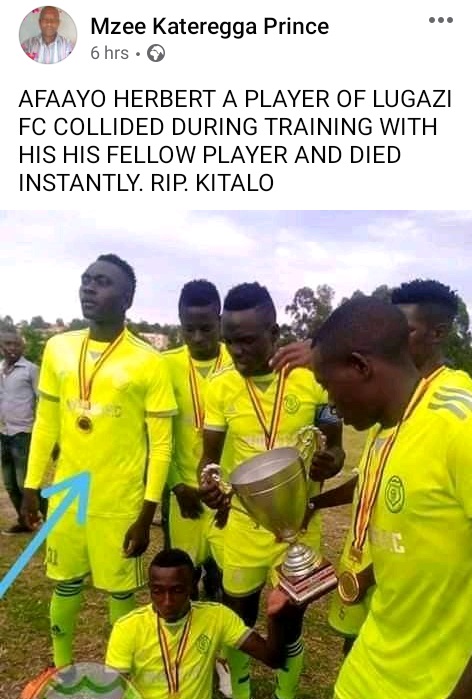